The Venice model for Goa 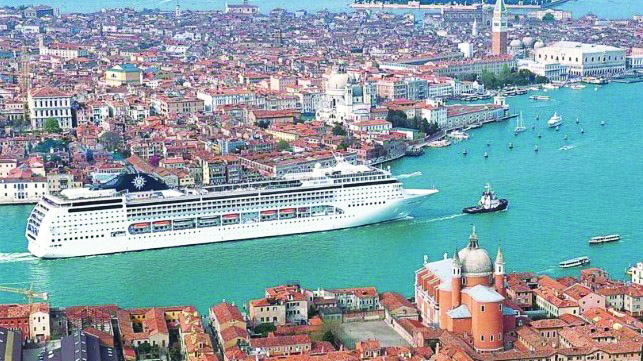 The few Venetians that have taken the courage to stay in Venice are jumping with joy these days, because come next month, August 1, 2021, to be precise, the monstrous cruise ships that would visit Venice mostly for a day or two, have been banned from sailing through the city centre of Venice. Instead they will now be docked in the mainland port of Marghera and those wanting to visit Venice will have to make that extra effort to come to Venice by other modes of transportation.

Along with the happy residents of Venice will also be the ‘No Big Ships’ activists, along with other environmental protection groups that fought a relentless battle for almost a decade, with a showdown as latest as June this year, when the cruise ships restarted their operations after a eighteen months of pandemic break. Credit must also be given to the Italian government for taking a significant decision and more so for issuing a statement that the law will protect the environmental, artistic, and cultural heritage of Venice. Of course all this was triggered because UNESCO had recently announced that Venice will be positioned in the world heritage sites in danger, compelling the Italian government to move swiftly in placing the big ship ban, thus avoiding Venice getting on the dreaded list.

Joy among all parties, the activists, the Italian government and UNESCO is understandable; but why should the very few local Venetians be exuberant at a decision that hardly makes an impact on them or so it seems. Actually everything changes for them and their quality of life can now only get better. For those who have visited Venice personally and stayed in the Caanaregio area, that has iconic sites of St Mark Basilica, Rialto Bridge and the Doge’s palace, not to forget the beautiful canals and bridges, will notice that most Venetians are almost under house arrest in their own homes, sometimes because the place gets flooded with water, but mostly because it is always flooded with tourists, that easily outnumber the helpless residents. The difference is obvious for even a visitor on vacation that resides in the Caaneregio area, because during the day it becomes chaotic with massive tourist inflows while in the late evenings the crowds become bearable as they are mostly gone on their cruise liners or their hotel rooms which typically are outside Caaneregio.

We can argue that nobody has forced the locals not to come and have fun below where most of the action is, but we must also take into consideration that Venice has an ageing population and their average age is much older than the rest of Italy. It means most senior citizens live alone in Venice while their younger members of the family prefer to live in other parts of Italy. Does not mean the old folks don’t make an attempt to come down and use their beautiful bridges and the narrow lanes to buy their essentials, but most of the time the visits are quick and fast and at inconveniently odd hours to avoid the huge gush of tourists.

The Venice authorities were alleged to have connived to sell properties for tourism at the cost of driving out the locals, thus making Venice a dying city. But all this seems to have changed with this one decision to ban the huge ships. How long will the ban remain or will the government succumb to the tourism industry pressure remains to be seen, but we need to acknowledge that a beginning has been made. The authorities before firing their first salvo might have also done their math that tourists visiting Venice from cruise ships just add to the numbers while contributing very little to the economy. For example they don’t even eat much local food as they come well fed from their cruise liners.

Nobody is against tourism but if is not sustainable and drives the local community out of the equation, than we really have to think hard on such a type of tourism model. Venice and Goa have many things common and although Goa is not as fragile as Venice, we better read the signs and take action before it’s too late. It’s dawned upon the people of Venice finally that enough is enough and they will not take it lying down. Their fight has been relentless and they are finally been rewarded, even if the circumstances were created by UNESCO.

Banning the big ships does not mean Venice is shutting shop and is permanently closed for tourism. It actually means it wants to manage the numbers by focusing on spending tourists not necessarily high spending ones, but those who will appreciate the place and respect it. The Hop on and Hop off variety cannot be wished away, but if they become detrimental to the survival of the place then it becomes imperative to put obstacles for these types of visitors.

Unfortunately Goan policy makers and the machinery they control hardly have a mind of their own, so nothing sensible can be expected of them, as most spend their time travelling back and forth to Delhi to take instructions on what needs to be done for Goa. If they had stayed put in Goa and observe the tourist trends, they would have realised that it’s no rocket science that excess tourism is going to be detrimental to Goans and the industry itself.

The Venetians are trapped in their homes because most of them have leased their ground floor property on lease to restaurants, many justify this decision by saying that it makes sense because the restaurant has staff to take care when the place gets flooded and there is no pressure on their old folks to intervene. So the inconvenience is slightly compensated by lease earnings and peace of mind on the upkeep of the property. Goa on the other hand is freely invaded by tourists and some of our iconic sites have become unofficially off limits for Goans on some important calendar days. Nobody technically stops Goans, but you have to be out of your mind to visit Colva or Calangute beach on New Year’s eve. Mass invasion of tourists has to end; Venice has taken the first hard step, while Goa urgently needs to start the discussion so as to arrive at an upper limit.

(The author is a business consultant)