The battle for Goa is on 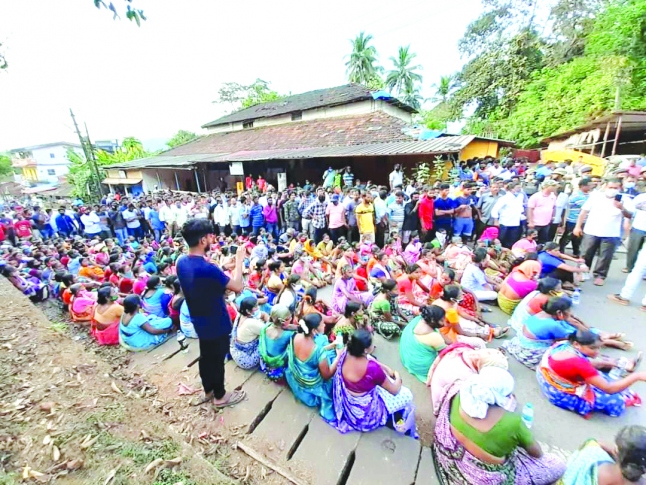 The battle of the ballot is still a few months away, but the battle for Goa has already started. The public sentiment is, undoubtedly, against the ruling dispensation, for many good reasons. BJP is fully aware of the level of discontentment and anger among the people due to its various anti-people decisions, actions and policies.

The mishandling of Covid crisis, allegedly due to underhand dealings in supply of oxygen, left a permanent scar in the minds of the people, particularly those who lost their near and dear ones. If one cannot expect honesty and probity, at least in times of catastrophes, I frankly do not know when we can. Yet and even after High Court intervention, the Government has the gumption of denying in the Assembly that any deaths occurred due to shortage of oxygen. Deployment of Police and detaining peaceful protesters, sometimes using force or even lathis, have enraged people demonstrating peacefully against the wrongs perpetrated and destruction carried out. It is now payback time for the people. A sense of nervousness and disquiet prevails among BJP cadres. Hence, promises of jobs by CM himself, which from 50000 in 2019, went down to 10000 now. If BJP could be reduced to 13 in 2017, it could now be brought down to single digit. But, if, despite such strong anti-incumbency sentiment, BJP still displays an air of confidence in returning to power, it is because it is sure that the Opposition will never unite and because of the finances it has, to plant candidates to ensure split of votes and to poach elected members, if needed, for which it has displayed special expertise.

Many parties and groups are in the fray, trying their luck. AAP, which didn’t cut much ice last time, is sure to fare much better now, though it will still have to deal with accusations from its former staunch supporters and members, who deserted the Party. A number of them are respectable people with clean image. AAP’s record on Health & Education in Delhi needs to be appreciated but there are doubts whether it can be replicated in Goa.

The Revolutionary Goans which struck a chord with Goans, especially because of their pro Goan stances may not get Party recognition in time. They are likely to put up independent candidates, who may cause some minor tremors in Goa’s election scenario, particularly because they have reportedly garnered much financial and moral support from overseas Goans, who have their families down here.

Goencho Avaaz, which has made its mark, in the last few years, by taking up fiercely and forcefully various issues affecting Goa and Goans, will, in all probability, get soon its recognition as a political Party unfortunately, under a different name. Its persistent and fearless efforts at regularly and vigorously exposing this Government and creating awareness among the people proved to be a thorn in the flesh of the ruling political class. Foul methods were used to block GA from getting recognition with its original name. However, its three candidates, Capt Viriato Fernandes, Eng Swapnesh Sherlekar and Roshan Mathias are well known by now and their integrity, intelligence, competence and knowledge will surely go a long way to ensure some sensible voices in the Assembly.

A new and unexpected entrant to Goa is a national Party, however, with its presence only in West Bengal. Trinamool Congress’ historic win in its home State, crushing a formidable opponent gave it the required impetus to plunge into the national scene, particularly as the INC has lost its steam and is plagued with dissensions. TMC is now projecting itself as the principal Opposition in the country. While its main objective is to dislodge the BJP, it is also trying simultaneously to destroy the relevance of the Congress and occupy its space.

While people may have reasons, justified or otherwise, to doubt the sincerity of some parties and groups in dethroning the BJP in Goa, the same cannot perhaps be said about TMC. However, its entry into Goa’s election scenario is sure to dent further the prospects of anti BJP forces and this is why its sudden and last moment appearance is far from having brought much cheer to Goans.

Though I hold no brief for Congress and have, for years, been a fierce critic of the Party, it must be acknowledged that it does have a fairly large, though dwindling, base in Goa, which cannot be easily erased. Congress is guilty of having embraced unscrupulous and characterless individuals, including the 10 turncoats, now sheltered and shielded by BJP, with their inglorious antecedents buried till they change sides again. This is how BJP hold their opponents on a leash. Some people blame Congress for their desertion, while we forget the people who elected them, had no guts to question them and still support them for their selfish ends.

Prashant Kishore is a seasoned poll analyst and a shrewd and professional strategist who is credited with several victories in the country. He must not fail in Goa. Except for BJP and Congress and to some extent MGP & GFP, no other Parties have a strong base in Goa. If TMC feels it can fill the void left by the Congress because of its lack of leadership, it is sadly mistaken. It cannot succeed in a hurry. If it does to some extent, it will only ensure that BJP is given back power on a platter. It may have to bear that guilt.

Goa is in need of unity of existing forces opposed to BJP, not additional Parties which will only add to our proverbial disunity.

(The author is a