The challenges of immunising a population 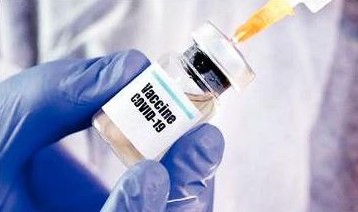 There was incredulity when the Government of India agreed to the roll out of a Covid vaccine that had not yet undergone complete trials. But the government is a mastermind of media management and our respected PM Narendra Modi went on record to claim that the vaccine is an example of the success of AtmaNirbhar Bharat. It is a strange thing to say given that it has been approved without thorough testing. For a start, it creates doubts on the quality of self-reliance. The second vaccine developed in India is an international effort so little of it is about AtmaNirbhar.

The country faces a difficult choice about the vaccine selection. The other issue is about the success of its delivery to the citizen. Enough has been written about vaccination dry runs being conducted in different areas, but what about the myriad challenges of delivering the vaccine to the vaccination centres? For a lay person some of the challenges that can be easily seen are - transportation and delivery; storage at different points; handling; inoculation; gathering, maintaining, and transmitting records about inoculation; gather, maintaining and transmitting records on reactions to vaccine; decision making based on these records.

There is then the whole issue of infrastructure which ranges from sufficient power supply – in 2019 the all-India average duration of power cuts was more than 5 hours – then there is the question of proper refrigeration in healthcare centres; the issue of computers and Internet connectivity. The other aspect of infrastructure is a trained staff.

As the country tries to get back to normal while taking cognisance of the virus one has the opportunity to see the standard of efforts made by the government and the ability of citizens to comply. Though one can evangelise the success of AtmaNirbhar Bharat, the realities that matter to its actual success are potentially overlooked.

An acquaintance flew into Delhi international airport. This is her story.

There was much online chatter about the requirements of the Delhi government for international passengers flying into the national capital. Passengers had to undergo a RT-PCR test which had to be uploaded at least 72 hours before departure from their international location if they wished to be exempted from quarantine. This was part of another Air Suvidha form that had to be completed online which seemed to be for the purposes of contact tracing. One also needed multiple hard copies of the test results which needed to be negative, there were other forms that needed to be filled and carried on person. Just to be on the safe side the Aarogya Setu app was also downloaded. Those who had not undergone an RTP-CR test prior boarding could get tested on arrival at Delhi airport.

On arrival, as one deplaned and headed towards immigration one was forced to join many queues. These queues consisted of passengers from other flights, there was no concept of social distancing. There was no separation between passengers who had tested themselves abroad and those who planned to get tested at the airport.

There was no communication as to what was being done where or what the process was.

At the end of the first queue our boarding passes were stamped with ‘Quarantine’. On asking the reason especially when I had an exemption I was told it was part of the process.

A similar stamp was stamped over the first stamp at the next counter. I was told  this was for immigration purposes and any doubts would be clarified by the immigration personnel. At the immigration counter they asked for the contact tracing form. When I asked about the quarantine stamp, the official said he would answer only queries pertaining to immigration.

After clearing customs and exiting the sliding door of the airport, two personnel asked if I had filled another form. The form was two-sided on side had ‘Undertaking’ as a title which was a promise to be quarantined, the other side had the word ‘triage’ in it. The completed form was to be submitted to doctors at another counter milling with passengers. I once again told them I had an exemption – to which the response was fill the form and get in line.

Luckily, I was able to ask another of the staff about the form. He directed me to a table with a small board identifying its purpose. The person at the table looked at my exemption status and said I did not have to fill the form and could go home and quarantine. She happily enjoyed the quarantine at home.

From her story, it is absolutely clear that in the entire process no one actually knew what was happening, they were just fulfilling their roles - unaware how it fit into the larger system. No effort was made to communicate or educate the passenger as to what was going on. Obviously, this was not a problem of language.

The apparition of a system in place is supposed to deal with the reality of Covid. An inept assembly line may not be the best way to deal with pandemic. India has had enough time to create a process to ensure people are safe. But her experience at the airport suggests time has not been well spent.

If this is the situation at an area which is well staffed, where oversight is possible and the type of skill required to fulfill this role is minimal, there is a gargantuan problem lurking in the shadows as India begins vaccination. The other problem is the focus on using an App - CoWin App- for the immunisation process. At the end of the day the logistical complexities of Covid immunisation and its resolution is linked to issues of attitude, oversight, training, and communication. Fixing the latter issues will go a long way in ensuring the success of the immunisation effort. The success of AtmaNirbhar Bharat and the vaccination drive depends on accomplishing the basic, something the country chooses to ignore.