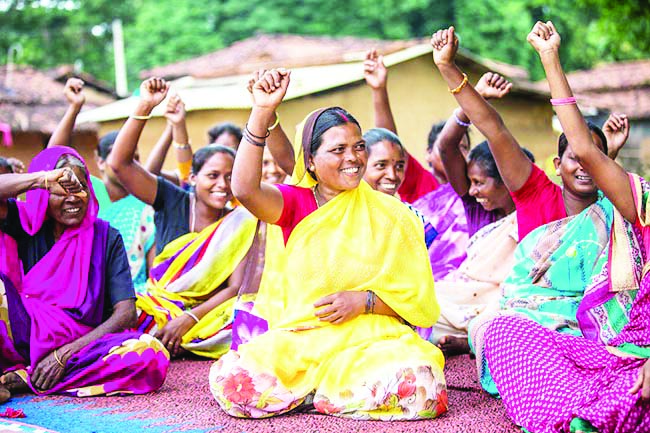 It's important to acknowledge the multiple roles that women play, the struggles that they face every day and yet excel in everything they do. The multifaceted women have important role in shaping families, societies and the nation. It is important to understand the role of women in one vital aspect of nation building and that is politics.

A couple of years back, forget the parliament, the State legislature itself had few women at the local level. Then came 73rd and 74th amendment, that actually led to lots of changes on the ground and women too got some kind of focus. Today there are 78 women in the Lok Sabha, we can see the kind of participation that all the women get involved in the Lok Sabha. This was not the scenario in the 16th Lok Sabha compared to 17th Lok Sabha, but the pace of increase is very slow. This is just 11 per cent to 14 per cent, whereas we are aware of the fact that 50 per cent of India's population is women. Commensurate with that, the pace should have increased more, women should have been at the local level, State legislature level and national level. Some States have implemented 33 per cent reservation at the local level which is definitely a welcome step. We need to repose faith and confidence in the ability of the women to deliver and we must actually provide that supporting environment. It's not only the responsibility of womenfolk, it's also the responsibility of men folk. We need to have this 50 per cent population also moving ahead with the rest 50 per cent.

Winning election is both science and an art, all of us know that and it is 25 per cent strategy and 75 per cent hard work. So, the strategy has to be in place and when a woman wants to go by that strategy, she also needs the support of her menfolk. There's nothing wrong about it, the family has to come out in support, keeping in view the situation around. Unless and until the family comes together to support her, she will not achieve success, because it's a major decision that she is taking, she is getting into politics, so it's a very different kind of terrain that she wants to go. There is 15-16 hours of gruelling hard work every day, so a woman should be mentally, physically ready, the family and the entire society need to support her.

The 73rd and 74th amendment to the constitution which was passed way back in 1992 was really a watershed moment for women's representation in the political arena. This brought in 33 per cent reservation at all local self-governments. Women have to struggle on all fronts, not only in politics, in every field that they are, because women are basically not only working at their workplace but also have families to look after, so they are multitasking all the time.

We need to create conducive environment for proper growth of women, physical, mental growth, need to focus on her education, health, ensure that her dignity is upheld, ensure that she is safe and secure and ultimately it all boils down to whether she has money in her purse or not, so she should be economically self-dependent. Create that kind of environment, women have to actually be bold, be brave, be confident and have grip over the issues, be knowledgeable, study well and then whatever the favourable environment that has been created she should leverage the benefits.

Women need a conducive environment but also the fact remains that they need a quota system. Had they not had the reservation probably they would not have seen millions of women in the local self-government systems. We would not have seen them leading cities as Mayors or as Presidents of the panchayats. So, this is something which has given them an opportunity to be able to prove themselves and so quota along with conducive environment is absolutely required. There's been a sea change since independence, if we see our 5-year plans, we see that first the approach during the first few 5-year plans used to be a welfare approach towards women which then got exchanged to developmental approach, now in the last 5-year plans, of course now we have the Niti Aayog but the last few 5-year plans we saw that the government looked at women as agents of change. If they have to be agents of change then they have to be empowered and get those positions of decision making with conducive environment and reservation in the political system.

It's good that so many women are there in both Rajya Sabha and Lok Sabha but at the same time it's very important to have women at all levels the three tires, the State Legislators, Sarpanchas, Panchayat Samiti members and Zilla Parishad members. The day when triple talaq bill was discussed in the Lok Sabha, what a wonderful venture of the government we saw, there are certain things which need not be politicised, it was such a wonderful thing that happened for the country, abolishing sati imagine the kind of decisions that have been taken by the central government from time to time, whichever government over the years, the prohibition of Dowry Prohibition Act for that matter. These are some path-breaking measures having been taken by the parliament over a period of time so it should percolate down to the State legislature level and at the local level.

Awareness and boosting confidence are the two very important requirement and women in the country at large have to understand first of course education is important, secondly, they have to take care of their health, they need to be confident and at last it's their attitude which decides what lies ahead of them.