Opportune time for India to be UNSC member 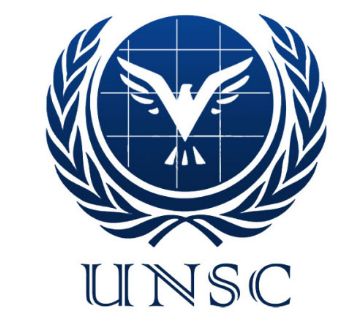 Apart from Covid-19, India faces animosity in its northern and north western borders not only from China, Pakistan but also Nepal. All these came at virtually the same time. However, amidst these problems India ran unopposed in the Asia-Pacific region for the non-permanent United Nations Security Council (UNSC) seat. Member states earlier this month elected India to the non-permanent seat of the Security Council for the term 2021-22 with an overwhelming support in which India received 184 out of the 192 valid votes polled.

To achieve this feat, the Indian mission at the United Nations reached out individually to all countries at multiple levels. The permanent representative of India to the UN, then Ambassador Syed Akbaruddin followed by Ambassador TS Tirumurti, engaged all the envoys of the 193 member nations individually.

This time the voting process indeed was a unique one as the entire world is facing the Covid-19 crisis. Keeping the pandemic in mind, there were many conversations and virtual meetings that took place to decide on the procedure of voting. The UN headquarters had shut down on March 15 this year and many member states were apprehensive about holding the elections in the regular place, which is the main hall of the General Assembly.

Since the voting could not have been rescheduled virtual meetings were held and consensus was reached on how to conduct the elections. Minute details were discussed, new procedures and rules were put in place to ensure a smooth sail through this hybrid voting process. India had maintained that elections should be held in the main hall of the General Assembly with the President of the General Assembly seated on the podium observing the entire proceedings. This was the stand taken just to ensure that the no one can question the sanctity of the elections.

India had also suggested that the member states could come in batches of 24 for the organisers to be able to manage the social distancing norms. It was agreed by all members. The batches were not in alphabetical order so that member states did not sit beside each other. All of them maintained distance and took all precautions while they went in to cast their ballot.

For India it has come at a most opportune time as it is the Security Council’s primary responsibility, under the United Nations Charter, for the maintenance of international peace and security. It is for the Security Council to determine when and where a UN peace operation should be deployed. The Council responds to crises around the world on a case-by-case basis and it has a range of options at its disposal.

Indian diplomats in United Nations believe that Prime Minister Modi has made a clarion call for reformed multilateralism. The status quo of the multilateral system is what some countries would like to revert to and reinforce. This does not reflect current realities. It is also not in the interest of developing countries, which have started playing a major role within the United Nations and outside, but, whose voices have not found traction in these multilateral bodies. Consequently, there is a need to go beyond 1940s multilateral architecture and provide for greater representation, starting with the UN Security Council. In other words, the multilateral architecture needs to get contemporary and reflect reality to be relevant.

However, there are no tangible benefits from being a non-permanent member of UNSC, but there are intangible benefits. It is a matter of power and prestige in the global platform. Saddled with this responsibility, China which is a permanent member of the UNSC, and India the non-permanent member will now have to ensure that the face-off built at Galwan Valley recently needs to tapered down and that there is no escalation of tension. There should not be a knee-jerk action on the border engaging more than two billion populace of the world.