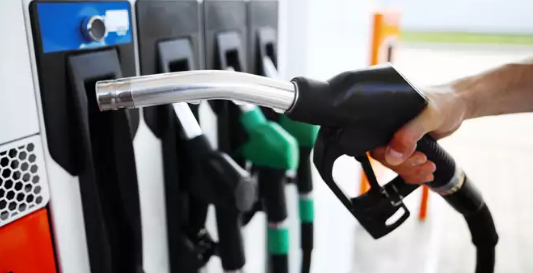 The systemic hike in fuel prices on daily basis along with that of LPG is tantamount to swimming against the tide for an economy that’s attempting a revival. The struggling or almost dead small businesses are feeling the pinch in their daily operations. Those hapless people who had lost their jobs and have started different means of livelihoods for survival are finding themselves crushed between the Pandemic and Fuel price hikes.

Almost everyone with a personal vehicle has resorted to avoiding public transportation due to Covid scare and the daily price hikes are burning their pockets and affecting family budgets severely.

LPG price hikes directly affect the already stretched home budgets and also reflect very negatively on the small home grown food supply endeavours that are the only means of survival for these people.

The salaried class, including Government servants, are being affected from all angles as there’s a freeze on their benefits, DA, etc, for the past one year.

The year 2019 saw the Centre drastically increasing the excise duty on Petrol from Rs 19.98 per litre to Rs 32.98 and on Diesel from Rs 15.83 to Rs 31.83 per litre. No prudent reductions were attempted despite collapse in World Crude prices as well as decrease in the country’s Fuel Purchases and Consumption following the Pandemic. Central Government justified this non-reduction blaming the drop in government revenues as economic activities dropped due to the pandemic. To a certain extent, this was justifiable and thus the people accepted the situation albeit with a pinch of salt.

But now the country is slowly and steadily emerging out from the pandemic slowdown and the crude prices too are far from their peaks and yet the Central Government is acting mute spectator to the daily fuel price hikes. The State Government’s have taken a cue from the purposeful silence of the Centre and are turning a blind eye to the collapsing family budgets of the common man.

Our Fuel Taxation Regime needs an urgent review, especially if we’re aiming at an inclusive economic revival. The present fuel pricing trend, if continued unabated, will only facilitate the destruction of survival businesses that are helping people tide over the pandemic.

Extending Tax sops to the Corporate sector which makes up for a minuscule part of the population while taxing the needs of the majority population doesn’t bode well for a Welfare State.

Central and State Governments are vying with each other in a cruelly blind race to make good the pandemic revenue losses. Thus the increasing Excise duty by Centre and VAT by the State’s has brought the fuel prices to this unimaginable status. While both Central and State Governments kept justifying the Tax and VAT in the name of fiscal balancing, India has reached a stage where at 69% Fuel Tax, we’re one of Highest Fuel Taxed nations in the world!