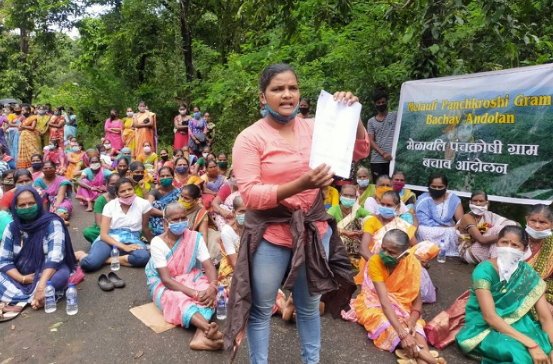 The villagers of Melauli need to be saluted and commended for their inflexible attitude and determined stand, which brought victory to them in the IIT case. Perhaps, these valiant people took a cue from the farmers in Delhi, who are impeding the Centre from having its way, using brute majority in Parliament to force anti-people and pro-corporate laws upon the country’s citizens. Governments in India are used to protests, which people cannot sustain for long, as participants cannot afford the waste of energies, money and particularly time. Hence, agitators give up, out of sheer frustration, pursuing a cause. But the farmers in Delhi and our own people in Melauli frustrated the Government’s intentions and brought the despotic rulers to their knees. This agitation and the one against Nylon 6.6 have set examples to the rest of Goans of how to win by sheer persistence and tenacity. It was also the support of various other villages, which the protest generated, that gave victory to the movement against IIT.

It pains, however, to hear that the MLA of the locality was assured of votes if the project was cancelled. This, if true, is unfortunate. Traitors should never be allowed to raise their heads again. And the tillers of the land in Melauli must now agitate to have their land in their names, with no further attempts at bringing projects therein or allowing any such injustice to continue anywhere in Goa.

Unfortunately, every Government, and particularly those which have a natural tendency to fascism, seem to think that once they form the Government, they have the right to impose their will on the people, as they have now the numbers on their side. There is a general propensity to forget people’s interests and indulge in projects which would help elected representatives amass illegal wealth and thereafter use it to get reelected. Even if this does not succeed, the Party with large and unaccounted finances buys MLAs and MPs and ensures, with all its power and influence, that they remain in their posts till the end of their term.

It is shameful and highly improper that in a democratic setup the Government should use some so-called impartial institutions to teach a lesson to their opponents and agitators and absolve them of their sins if they toe the line or join the Party in power. NIA has already summoned some 40 farmers to avenge their stand against the Government.

The agitation against the three linear projects in South Goa should now continue with greater intensity and determination, with the cooperation and support of people all over Goa. This issue is even more serious and grave than the Melauli one but it is also a difficult one. The Government will not give up easily because bigwigs are involved and the present CM feels his chair is at stake. He has already proved to be a mighty dictator both by his words and deeds. Let us not forget that he brought CISF to discipline Goans at the time of lockdown. This was lack of trust in our people and in the Police too. The agitation will have to be a prolonged one and will involve many sacrifices. Like the people of Nandigram, let us be steadfast and courageous against these destroyers of our land and the peace of our people.