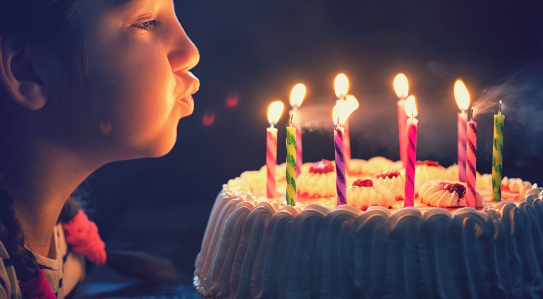 Birthday. Is this absolute natural phenomenon indeed deserves such hullabaloo like birthday wishes, messages and celebrations -- be it cutting cakes or throwing lavish parties? If anybody celebrates his bagging first prize in a competition, receiving an Arjuna award or a promotion in career, it is definitely understandable as the success has been achieved through devotion, determination and skill enhancement. But why so ecstatic about a mere Birthday! Especially when the fact remains that the pampered "Birthday Boy/Girl" concerned has played absolutely no role behind the special date! He/she has zero contribution behind his/her arrival in the world! So where lies the logic behind the hoopla revolving birthdays! During childhood my simple parents did not translate my birthday to be the day of endless merry, rather restricting the occasion to savouring a few sweets or two or a gift of a book.

As I entered adulthood, birthday continued to be more and more insignificant in my life. But presently it has indeed become a special day for me; but special in my own terms, not that of the society's. As a year passes by, my father turns more vulnerable with son steadily stepping towards the doorway of college. Inflation devalues my hard-earned limited money, a major chunk of it increasingly getting allocated towards the medical and education sector to satisfy the private giants who have set up brilliant commercial ventures in the name of "serving" the society!

Added with the decreasing period of service left as a year passes through like a breeze, theoretically as well as practically there lies no reason to cheer up! Yet why don't I feel anxious? That too with a brisk rate of hair falling! And haven't our commercial players constantly "enlighten" us of the "fact" that without transplanting hair, we would appear "oldies" resembling "father" of our own wives and "duty-bound" to land in deep depression as the very meaning of life "would get lost"! Moreover we are also biologically marching towards old age!

But far from turning depressed, I feel proud of my greying hair as well as balding scalp enjoying the natural beauty of increasing years! The exuberance which I possessed in my 20’s seems to have no end as I step on 50’s also psychologically as well as physically! As far as registering protest through words is concerned, not an iota of enthusiasm has got lost with my own heart doing all the talking without mortgaging my mindset to the "mainstream" by drawing inspiration from John Mason's "You were born an original. Don't die a copy". And my jumping/running to hide and seek with kids gain an extra boost with George Bernard Shaw's "We don't stop playing because we grow old. We grow old because we stop playing"!

And far from importing the inevitable future adversities to my present consciousness, I try to rewind the happy days which each age has gifted me and also eagerly look forward to the happiness which future age has in store for me.

Ending with Bernard Baruch's claim "To me old age is 15 years older than I am". Yes, the feeling of vitality which I had in my 20th year remained constant on 35th with the status quo being maintained in my 50th winter also! Let this Baruch spirit keep on egging me on my 65th and 80th Birthday also!