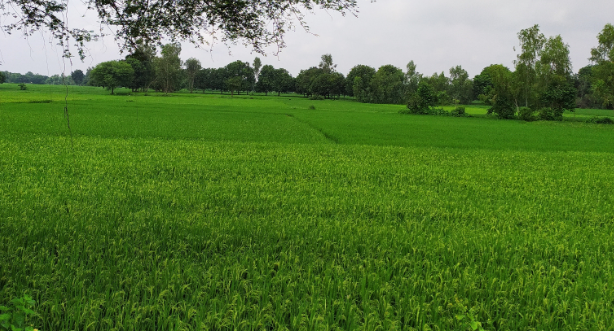 Nature provides everything that men, the flora and the fauna in the world needs in its pristine form. No need goes unprovided for. Goa is endowed with exotic locales which have become the target of big companies. These rapacious businessmen are all out to destroy the flora and fauna of Goa, which has already seen a depletion of the green cover.

Now, the latest target is the Bhagwan Mahaveer Wildlife Sanctuary and the Mollem National Park which are being coveted by these lustful companies to bring about the doom of wildlife and green cover in Goa. The lands acquired for dubious projects have to be divested from the clutches of the Central government that is bent on turning once green Goa into a concrete jungle that will become infested with slums as the gap between the rich and the poor is widening.

The people of Goa, if they want to save what little has been left of Goa should rise in revolt against these unscrupulous persons who are bent on destroying the God-given bounty to Goa. Enough is enough, if Goans become moot spectators, Goa is being cast out to transform from a paradise into a hell, where every industrialist will become haunted by their own greed for the lure of lucre. Goans have to take up the cudgels and expel these extortionists from concretizing this green abode.

The Western Ghats is one of the most exotic bio-diversity hot spot of Goa and the Centre has already started the rape of Goa by cutting 54,878 trees in Mopa in what will be a haunted airport that is doomed to fail.

Goans have to stop their petty quarrels in the courts against one another and rise to the occasion in order to save what is left of this once paradise. Say no to the development that is going to render virgin lands into highways of shame that the rapacious industrialists are seeking to make of Goa.

The golf course at Tiracol is yet another instance of what is going to become a major scar on the natural beauty of Tiracol, a wonderful rustic abode. The artificial canopy will consume water for keeping the golf course green and this water will be toxified with pesticides, which will affect this area badly.

Another mammoth wastage of water will happen at Sanguem where six litres of water will be consumed for brewing one litre of beer by the bottling company coming up there. Goa does not need this factory.

Yet another malignant cancerous project will be the hotels project at Vanxim which will concretise the once lush green island of Divar. If Goans do not rise in unison against the rape of virgin Goan lands, nobody will be saved from the curse that befalls because of Goans’ inertia in opposing large projects.

Goans have to dictate their own destiny and not allow the Centre to usurp coveted lands which are the bounty of the divine one. If need be, a big revolution against the tearing down of our natural beauty has to be launched in right earnest to prevent the greying of Goa into a concrete jungle.