Perception in this turmoiled world 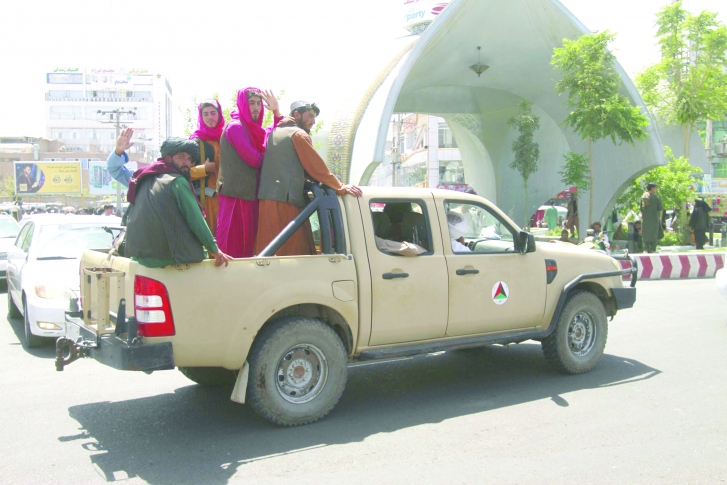 The perception of what is understood of Man and God or Gods is all in the mind. I have to tell people sometimes misinterpreting what I have said “I am only responsible for what I have said, not for what you understand!” Now we have Covid and the various perceptions of terror the world is facing with most democratic nations ruled overwhelmingly by Demagogues, an angry distrustful world, everyone increasingly becoming inward looking with communal religious or other divisions, powerful nations ganging up blocking universal welfare or cooperation and avoiding supervision under UNO control.

Democracy is under threat and people forced to surrender freedom and privacy for security. We have the RSS-BJP trying to change and mould the perception of India historically, religiously, culturally, morally and ethically right from demonising Nehru and anything considered non Indian to renaming/reshaping memorials and even our Constitution! Nations are already reeling under own citizens’ hardships and disrupted way of life fighting pandemics, pollution, climate change where nature is ferociously striking back.

If we have learnt any lessons, and want to prevent nature striking back more ferociously or land ourselves in nuclear wars which will be worse, isn’t it is high time to imbibe the lessons that Covid and return of the Taliban are teaching us?

Lessons we must learn: 1) If humanity is to survive, the whole world has to cooperate, save and accumulate its resources for the common good 2) The limits of all religions, traditions, lifestyle practices were exposed by the global pandemic! Whatever is being followed for centuries has not created peace and harmony in the world. People are blindly willing to die for their religion rather than live up to it, so strife, violence, hatred and further divisions prevail 3) It is science and technology saving and bettering lives that must be controlled and not used for wrong purposes but used for preventing diseases, to educate and bring out true divinity, nobility, happiness and the best in mankind rather that the worst 4) Education should breed good citizens with tolerance, gender equality and human rights firmly embedded.

To learn these lessons requires grossly absent humility and I believe that God is forcing our course correction, so we pray in vain for continuing our harmful outdated traditions? Those who do not believe may think of God as the universal force which pervades everywhere.

Since the ruling BJP politicians are garnering Hindu votes polarising this diverse nation which is breeding fear, hate, some regressive mindset with state patronised vigilantes enforcing, I am quoting from the Mahabharata “Let us overcome the angry man with gentleness, the evil man with goodness, the miser with generosity, the liar with truth!” and Sri Ramkrishna “Just like the sun is not mirrored in cloudy waters, the Almighty cannot be mirrored in a heart that is obsessed by the idea of I, me and mine”.

Your country is your family, friends, community (common unity). Let us realise suddenly changing course with "development" that creates imbalance, pollution, climate change, digital and financial disparities, religious and other disharmony with pain and turmoil for many (including flora and fauna), forcing nature to strike back with devastating consequences is what we are propagating!

In India we are voting in a party with our caste, religious prejudices or greed. We must unselfishly get ourselves a government with good competent people and institutions that will care for, protect us, ensure justice equally for all and educate our children to be good citizens.

For government of India the holy book must be the Constitution and not Manusmriti or Sharia laws! Politicians and clerics divide and rule by the age old trap of preying on the sentiments, fears and anxieties of the people!

During the last 20 years Afghanistan saw good infrastructure development, India contributing quite a lot, improving the lives of the citizens and especially the women, previously denied liberty and education! The lightning advance of the Taliban forces even before the Americans could fully withdraw exposed the shallowness of corrupt Afghan government and leaders of the trained well equipped propped up government forces. It also exposed the colossal failure of the most modern army Intelligence and forward planning leaving the dangerous Taliban forces with modern and deadly weapons!

Or rather the clever deception by ISI and the terrorist forces, which were legitimised by negotiations and feted by Trump and subsequently made deals with by the Biden administration. Whatever it was, as a result humanity is in a very precarious position. The Taliban had promised good benevolent governance under their perception of Muslim law and everywhere it seems like truth is becoming much stranger than fiction!

The future will rest on the post Covid generation whose lifestyles, education and perception have been severely affected in a world that has completely changed, but they have the technology like social media, the Internet, computer, robots and artificial intelligence to help with world knowledge encapsulated at the click of a button!

We must not fail to ensure their safety, help to provide them a conducive atmosphere to develop an universal outlook and good values with freedom to break the harmful shackles of the past and free them mentally and socially from old concepts to forge a new sustainable balanced world of justice, happiness and prosperity where the other can be perceived a friend and not a potential enemy.

(The author is a retired naval officer, freelance writer resident in Porvorim)