State Assembly elections are a mere eight to nine months away and the political atmosphere in the State is gradually hotting up. 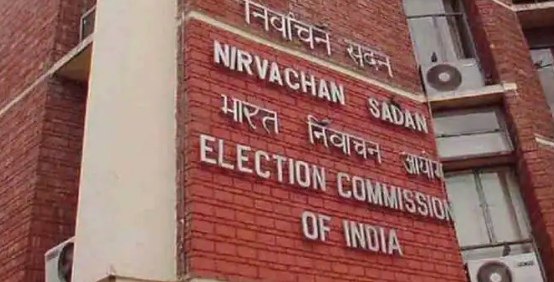 The Election Commission of India has already announced that it is prepared to hold elections on schedule despite the pandemic. On the day that Bharatiya Janata Party national organising secretary B L Santhosh and general secretary Goa desk in charge C T Ravi landed in Goa for a two-day visit, the Congress Goa desk in charge Dinesh Rao held an online meeting with the State members. It is no secret that both national parties are gearing up for the polls and such meetings have now emerged from behind the scenes to the foreground.

The Bharatiya Janata Party functionaries met party ministers, MLAs, office-bearers, core committee members seeking inputs to strengthen the organisation ahead of the polls. Interesting developments in the Bharatiya Janata Party include Chief Minister Dr Pramod Sawant making another public statement, in response to media queries, that there is no misunderstanding between him and Health Minister Vishwajit Rane, as had been speculated over the past weeks. Sawant’s explanation was that they may have different views on issues, but when it comes to the cabinet, the government and the State, they are one. The views on issues of course came out in the open in April when the Health Minister was insisting on a lockdown to curb the rise in cases and the Chief Minister holding out such a move till the end of the month.

The other instance is of another public declaration made by party Rajya Sabha MP Vinay Tendulkar on his readiness to contest the Assembly polls due next year. His term in the Upper House of Parliament ends in June 2023 and his former constituency of Sanvordem is now represented by Deepak Pauskar, a MLA who won the seat on a Maharashtrawadi Gomantak Party, but in 2019 defected to the Bharatiya Janata Party. With Pauskar as a claimant to the seat, Tendulkar seeking to make a comeback to the Legislature throws up an interesting contest for the party ticket in this constituency.

There are some tough decisions that the Bharatiya Janata Party leaders will have to take in the coming months. Currently in government with a massive majority in the House, made up mostly by imports from other parties, there is a strong view in the Bharatiya Janata Party that it should field its core members in the elections and work for their victory rather than rely on politicians who are in the game only for power. This proposal comes not just from the local party leadership but also the karyakartas who never did take to the idea of defectors joining the party and occupying positions of power. It is the karyakartas who strongly favour that party members be given tickets.

On the other hand, the Congress observer is scheduled to be in Goa next week and will visit all 40 Assembly constituencies to review the party organisation, following which a major reshuffle of the party organisation is expected. Whispers of this have been making the rounds in the past weeks. While the two main national parties begin plotting their moves for the election campaign, regional parties in the State are also readying for the electoral challenge. Among the local outfits that will be seeking out space and votes will be Goencho Avaaz Party that was launched some three months ago after its members had spearheaded a few movements, most of these in the sphere of the environment as a non-government organisation.

Though Goa is still months away from an election, the week ahead will be seeing much political activity and as always the possibility of combinations changing for the electoral fight.