Reproduction of Goan migration to UK will continue unabated 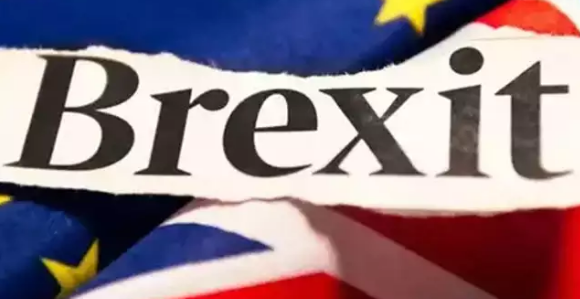 In Europe, with inter-governmentalism and populist nationalism, nations, rooting for sovereignty, are on the rise. UK, too, manifested Eurosceptism and disenchantment with the European Union ultimately leading to Brexit. Though Brexit was motivated by mass immigration to UK, the prognosis that Brexit will reduce immigration to UK is poor. Increase in migration will continue, given the global megatrends of population growth coupled with glaring inequality as well as political instability.

India continues to be the largest country of origin of international migrants with India having the largest number of migrants living abroad. In recent times, Goans using the Portuguese nationality have gained access to the European, especially, British job market. Goans work in many and varied professional fields, ‘from hairdresser to university professor, information technology specialist and ﬁnance genius in the city of London’. Till Brexit in January 2020, a number of Goans migrated to the UK as EU citizens without having to go through any immigration related ordeals. However, with Brexit ambiguity and uncertainty have crept in, unsettling Goans.

England has proposed an anachronistic points-based immigration system to attract only the ‘brightest and the best’. Post-Brexit the UK government will undoubtedly implement a work permit system, uniform to all countries or nationality specific. If country specific immigration policy, with time limited work permit programmes and limited options for family unification is introduced, then such a policy would be agonizing to Goans.

Generally, the criteria for eligibility for work permit systems in high income countries is restricted by occupations, with policies being more liberal to skilled jobs. If migration is limited only to certain occupations and, that too, to high skilled labour, it would bring in disappointment and dejection among Goans. Many low skilled, unskilled, the unemployed and the others in the process of obtaining the Portuguese passport would be left disillusioned and disheartened.

However, the UK government will have to make way for the immigration of low skilled workers required in the agricultural, hospitality and social care sectors in UK which the UK nationals are reluctant to take up either because of inadequate skills, improper conditions or low wages. The corona virus pandemic has revealed the difficulty of recruiting labour to work in these sectors and, as critics have averred, it would be unbelievable if this does not bring any changes in the proposed migration policy. During the pandemic, sectors of economy over-represented by migrants including Goans has revealed the value of the migrants, of their occupations and the inevitable interconnectedness of our lives and mobilities in a world shrunk by globalization, calling for a rethink of the post-Brexit migration regulation.

It has been assumed that EU immigration has had detrimental effects in UK jeopardizing the rights and interests of the UK citizens. Post-Brexit, the government would be contemplating exclusionary immigration policies and consider them necessary and morally permitted to protect and further the interests of its citizens. The government will be tempted to overlook the positive contribution of the EU citizens, including Goan migrants, to the UK economy. Experts, however, doubt that the UK government will be able to cope up and keep pace with the requirements of the economy and society without the migrant workforce.

Thousands of Goans, already in UK, have uprooted themselves from the Goan soil and re-territorialized themselves into the far-flung English society without losing their identity as Goans. Goan loyalty to Goa and to UK is comparable to an individual’s family of orientation and family of procreation: ‘loyalty to second does not require subtracting it from the first’.

The attraction to UK has never been weakened. The reproduction of international migration to UK continues unabated and will continue as UK is grappling with the shortages in the supply of labour in different sectors of the economy. There has been a rush to take off to UK before the deadline, in time to make an application to the EU Settlement Scheme. The others, who fail to make it to UK by the deadline, will have to find ways to deal with the wheels of fortune, if the post-Brexit immigration regime tightens entry into UK.

(The author is Associate Professor, Rosary College of Commerce and Arts)