Stakes are high in civic polls 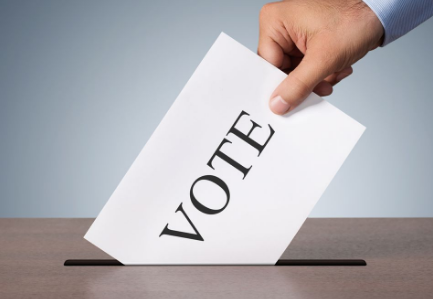 Political activity in the State is set to witness a surge in the coming weeks. The postponed civic elections have been announced giving most of urban Goa less than four weeks to decide who will take charge of the local governing bodies for the next five years. The elections that will happen three months after the Zilla Panchayat elections will give a fair indication of the mood of the people and it is this that heightens interest in the polls. Following the Zilla Panchayat polls, this is akin to a second leg of a semifinal before the 2022 State Assembly elections. BJP won the first leg, will it repeat the feat? Or will the Congress bounce back into contention, even as other parties shoulder their way into the limelight?

Winners may be difficult to gauge as these elections are not being held on party lines. Yet, the Bharatiya Janata Party has already released its list of candidates for the Corporation of the City of Panaji with the party symbol and party leaders’ photographs, endorsing the panel by the highest party functionaries in the State. The other parties have yet to marshal their forces and in some cases – as announced in respect of the Margao Municipal Council – the three local MLAs belonging to two parties will join forces to fight the polls together. There is palpable uncertainty in this council where the Bharatiya Janata Party is expected to bring out its big guns from the town to take control of this all important Salcete Council that would give it a base to fight from in the 2022 Assembly elections. The political lines in other councils are yet to be drawn.

What’s at stake in this election is not merely wresting control of the civic bodies but gauging the support the political parties have exactly a year ahead of the all-important Assembly polls. In that respect, the Bharatiya Janata Party that assumed control of both the Zilla Panchayats in the State just weeks ago has the edge as urban Goa goes into poll mode. Can the Bharatiya Janata Party repeat the feat in the urban areas by having its panels form the ruling side in a majority of the councils? In the case of the State capital it has stolen the march and stepped ahead of all the others by releasing its list of candidates. It depends how it manages elsewhere, in towns where it does not have a local MLA. Incidentally there are just two of these – Ponda and Margao – and the former is not going to the polls as the term of the council is yet to end. In all other towns the BJP has strong local presence in the form of the MLA.

Whether on party lines or not, this election is unlikely to be a low-key affair and has already been drawing a lot of attention across the State, and not just in the towns where there will be polling. Since simultaneously several wards in village panchayats will have by-elections and voters of the Navelim Zilla Panchayat constituency will vote, this bestows upon these polls much more significance. Not holding the civic polls on party lines (except for the Zilla Panchayat by-poll) gives political parties whose supported panels fumble at the hustings the opportunity to claim that the result is not a reflection of their popularity, though within the party office walls the analysis will take a different view of the results. The next few weeks, despite the civic polls being held outside of party lines, could indicate which party in the State has better popularity with the people. Primarily, that’s what everybody is waiting to learn.