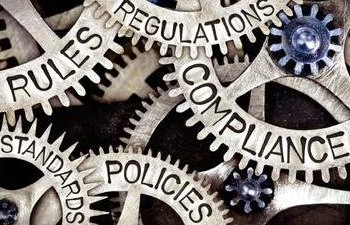 For years every government has been attempting at lessening rules and regulations around doing business in India. According to the latest research report by TeamLease RegTech, in correlation with the Observer Research Foundation (ORF),  among the 69,233 exclusive compliances that govern doing business in India, there are 26,134 imprisonment clauses as punishments or fines for non-compliance with business laws legislated since independence. Nearly 38 per cent of compliances can send a businessperson to jail.

According to the report, five most industrialised States have over 1,000 imprisonment clauses in their business laws — Gujarat (1,469), Punjab (1,273), Maharashtra (1,210), Karnataka (1,175) and Tamil Nadu (1,043). The report mentioned that unwarranted compliances are heavy on MSMEs and an average Indian MSME, having above 150 employees, encounters 500 to 900 compliances that cost Rs 12 to 18 lakh annually. It stated that such governing strain influences not just businessmen running for-profits, but also not-for-profit entities. There is an increasing space between the goods and services the country needs and how the State views the businessmen generating them.

The report provides a few policy recommendations and sub-recommendations for change to lawmakers and the judiciary, which the executive, regulators, and officials can implement. Reform the way policies are designed, use criminal penalties in business laws with extreme restraint, constitute a regulatory impact assessment committee within the Law Commission of India, involve independent economic regulators in compliance reforms, end the criminalisation of all compliance procedures, create alternative mechanisms and frameworks, define standards for legal drafting, introduce sunset clauses, reform with one legislation and infuse dignity to entrepreneurs, businesspersons and wealth creators are among them.

Governing sickness is reducing the immunity of doing business in India. The legislatures, regulations, and policies passed by governments have generated barricades to the efficient movement of ideas, establishment, money, entrepreneurship, and through them the creation of employment, wealth, and GDP.

Since Independence, the existence of unfriendly clauses in business laws and rules has grown-up drastically, outliving three decades of economic reforms introduced in 1991. The major threat comes from the continuation of confinement as an instrument of control. As automation increases in the forthcoming years, the pre-Independence 1940s-style managerial controls meant to safeguard labour will prove counter-productive in 21st-century India.

In India, there are 1,536 laws to regulate doing business, of which 678 are executed at the Union level. More than 50 per cent of these laws prescribe imprisonment clauses. These laws have 69,233 compliances of which 25,537 are at the Union level. These compliances should be revealed to the governments via 6,618 annual filings, 2,282 at the Union level and 4,336 at the States level. These deviations in compliance conditions contribute to business uncertainty. In the 12 months up to 31 December 2021, there have been 3,577 supervisory changes and over the three years from January 1, 2019 to December 31, 2021, there were 11,043 changes in compliance conditions. This turns to an average of 10 supervisory changes every single day.

More than half the clauses demanding imprisonment prescribe a sentence of at least one year. Many of these criminalise procedure breaches while a few penalise unintentional or negligible lapses rather than deliberate deeds to cause damage, defraud or evade. For some laws, delayed or incorrect filing of a compliance report is an offence whose punishment stands on par with sedition under the IPC, 1860. With over 50 such clauses per law, the highest number of imprisonment clauses is found in labour laws. Thus criminalisation of business regulations disturbs Indian business customs from the Mahabharata to the Arthashastra, misconduct was never a part of disciplinary action against businesses in ancient India — only financial penalties were.

Vaccine for the regulatory virus

India’s business regulation outline demands a 21st-century rethink. A drop in governing compliance load on trades and citizens has the potential to become the new driver of economic development. Condensed compliance load will particularly aid small firms that account for over 95 per cent of Indian businesses. The government should aim to lessen the “pain points” on a priority basis.

The Centre should design a master document citing all compliance obligations for each product or service. At present, no listing of all the governing requirements is accessible in one place. A master document with particulars like regulations, the organisation to approach, service charges, probable time of service delivery, and a broad perception of the industry will make the business transparent.

A single window system should be established, where a citizen has to contact numerous government departments for the completion of a job. Presently in India, for example, forming a simple warehouse takes approximately six months and much running around. The language of all legal manuscripts should be simplified. Information and Technology have to be utilised to develop regulatory results. Mutual recognition agreements (MRAs) with significant trading associates have to be entered into to promote foreign trade and goods and services. PM Narendra Modi wants India’s national ranking in World Bank’s Ease of Doing Business Index to be under 50 which is presently 63. To realise this dream, the government should adopt powerful practices to increase productivity, encourage growth and make India a better place to do business in.

(The writer is a tax specialist, financial adviser, guest faculty and public speaker based in Goa.)