Tarred beaches and the elusive solution 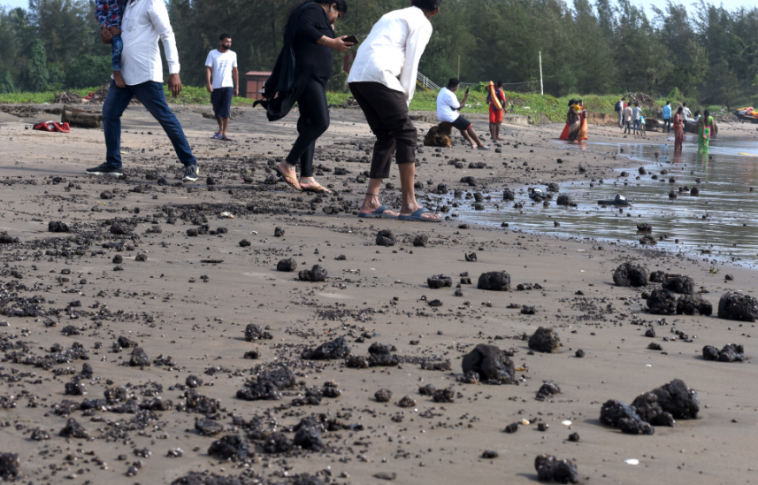 Tarballs have surfaced again on the beaches of Goa prompting the government to prepare to send the Union Ministry for Environment, Forest and Climate Change (MoEF&CC) a reminder seeking a solution to the problem that in the last years has shown increasing tendency of occurring not once but twice a year. The State had written to the Ministry last year but has received no response. The oily substance that would wash on the shores of Goa with the churning of the pre-monsoon currents and again as the monsoon peters off, have this year come in larger quantity and at an earlier date that normal. This, despite the limited movement of ships in deep sea in view of COVID-19 pandemic.

Though the deposition of tarballs has been occurring for roughly five decades – as they were first noticed on the shores of the State in the 1970s – little has been done to contain the tarball phenomenon, instead it has grown in magnitude over the years to now become a matter of major concern. To be fair, the State alone will not be able to handle the issue, as it has international dimensions. Goa has to first get the Central government to acknowledge that this is a problem on the coast and then take it up globally, as such tarballs also wash ashore in other countries.

Tarballs are formed due to a reaction of oil spills or from oily ballast dumped by sea-going vessels that on reacting with saline water turn gooey. Since the tarballs originate in the deep sea and are the outcome of oil dumped in the high seas by ships on international routes and flying flags of different countries, Goa alone will not be in position to find any solution to it and the involvement of the Centre is essential as this would necessitate a major international effort to put an end to the dumping of oil at sea. The State, however, could initiate the dialogue with the Centre to take up the issue on an urgent basis, as tarballs could have a negative spillage on tourism in Goa.

But, there is more than just the tourism business that is at stake due to this. Studies have shown that tarballs are not just a potential environment hazard but that they could impact humans due to the hazardous pathogens nurturing on them. A preliminary study by National Institute of Oceanography (NIO) in earlier years had found that the pathogens could affect the people. The toxic content could also prove lethal to marine fauna and fish, especially to bivalves and shrimps, which form a major source of food for bottom-feeding fish. The fact that sea food is consumed in high quantities by the people in the State cannot be ignored. Finding a solution, therefore, assumes urgency as the substance on the beach will not just dirty the sand, but there are health concerns that have also been raised.

Goa in earlier years had developed a protocol that was to be observed in case of beaches getting sullied by tar balls. Whether this protocol is still followed is a moot question, but the State needs to do more than just putting in place a protocol that remains on paper and initiating studies on the matter. What is required are solutions that it has to get with the Centre. This is a recurring issue and comes as no surprise, yet every year when the tarballs wash ashore Goa gets active in finding a way out, only to forget it for the rest of the year. Unless the efforts are sustained over a period of time, with constant reminders to the Centre on the issue, this matter will not be solved.