The game is on; elections at last 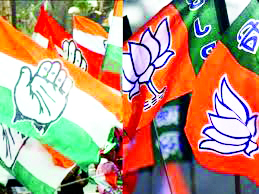 On Saturday January 8, the Chief Election Commissioner Sushil Chandra announced the dates for the Assembly elections of Goa and also Uttar Pradesh. This is like drawing the final fixtures for the world cup. There is lot of excitement among political parties in these two States.

Interestingly the Election Commission has taken a bold step (or was he compelled) to announce the State assembly elections at a time when the COVID pandemic is spreading like an uncontrolled wildfire and expected to peak in and around the time of voting. On health consideration of these States a real surprise, because political parties believe in mustering as big a crowd as possible for their meetings and rallies to show off their strength. Normal and ordinary members are most worried about their personal safety while casting their votes and the greater possibility of COVID infections at such times either through the candidates or their agents or the voting booth officials or through fellow voters. Many of the senior citizens with comorbidities like this writer are contemplating not casting their voters as the risk to their life is much greater than their preferred candidate getting elected

Of course, the political parties are not going to sit idle till the Election Commission permits them to campaign, they would begin immediately if not already to visit and persuade the voters at their homes and work/business places, this is coupled with two dangers one is that chances of spreading the virus to even those who wouldn’t have attended their rallies and meetings is much greater. Secondly more importantly the chances of unethical practice and bribing the voters would be much greater and no Commission official will be able to catch them. It’s a well-known fact that no political party in India could really claim that they will not indulge in such practices, knowing what they are and the various dubious ways in which they act despite their tall claims otherwise, should be a matter of greater concern for the Election Commission if they have any intention to conduct a free and fair election during this February assembly elections.

Having undertaken a bold step in announcing the elections despite the COVID pandemic raging the nation thus not only putting the election officials to great health risk and in addition to risking the health of contesting candidates, their agents, the announcement has put to much greater risk the innocent voters who had no say in this matter. It is now upon the Election Commission to take bold and fair steps to regulate the election campaign. There is urgent need for innovation, fairness and transparency in this.

With the rapid growth of information technology and availability of IT gadgets like smart phones and the availability of Internet connectivity, even in rural areas the campaign is bound to go mostly virtual, which is of course a good thing considering the pandemic but chances and opportunities to manipulate and use fake news, audios, videos and such other means is ever greater. Considering Indian politicians what they are, misuse and abuse of virtual media is likely to be rampant.

This is where EC has to step in and device regulations and means so that all virtual campaigns whatever kind goes through their scrutiny. Technology is mature enough to accomplish such a task, all that is required of the EC is a willingness to use the best and highest of technology to counter any manipulation or violation by candidates or their agents. One thing EC should ensure is the wide publicity of candidates’ bio data including their criminal records so that voters need to know the real nature and capabilities of the candidates they are voting/not voting .It’s normally that technology-based crimes precede such technology regulations but in this case, for the sake of Indian Democracy the EC must anticipate and proactively bring in regulations to prevent such anticipated violations.

Another area is that of false promises by parties and candidates, through their official manifestos and even otherwise. EC needs to find ways and means to legally enforce their promises once they get elected, so that the candidates are bound by their promises.

Conducting free and fair election is a challenge and conducting elections at the time of the pandemic that too when its peaking is a much bigger challenge which calls for courage, innovation and a deep sense of fairness and justice on the part of the Election Commission and its officials. Will their abilities and actions equal their task only time will determine.

The hope of the electorate anywhere and everywhere is they are given to exercise their sovereign right, in all fairness of freedom of choice and that their vote is counted.

(The writer is a professor of law and educational