This farcical Goa Coastal Plan, from Chennai, takes away the sense of belonging of Goans and they won’t allow it 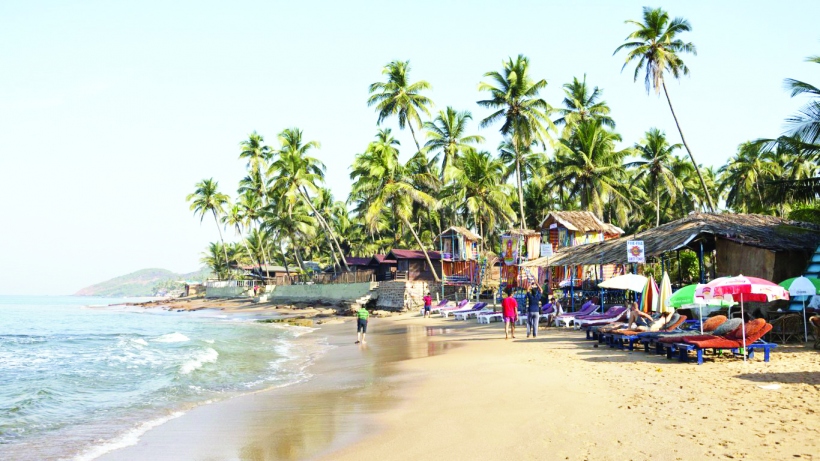 There is a fresh wave of absolutely genuine and serious protests in no other interest but Goa’s future against the manner in which the Draft Coastal Zone Management Plan for Goa, has been heaped on Goans.

The criminal delay in the process which began over ten years ago is absolutely indicative that the real intentions are to wipe out public consultation, not correct massive mistakes in the plan and never acknowledge that this was an exercise mired in abject laziness and incompetency and then at the last moment rushed through.

Here too lies a story. The Goa government did not suddenly wake up from its slumber and set the ball rolling. It was simply done because the National Green Tribunal (NGT) categorically stated that if Goa did not finalise its CZMP by January 31, 2021, the concerned secretary of the department would be unable to draw his salary from the next day. It was this personal potential existential crisis of one babu that led to the haste in which the exercise was finally rushed through and completed, after almost a decade.

The people of Goa must know this as well as the important sequence of events:

l Till 2018 nothing was done, a five-year delay from the deadline.

l In 2018 a petition was filed by a citizen and one other to the NGT, which in its order rapped the government of Goa for its “continued failure”. The NGT in its order of November 27, 2020, observed Goa’s “huge unexplained delay” in finalising the CZMP. As it took umbrage, it granted time not later than January 31, 2021.

The NGT also put a heavy personal price on one officer if the deadline was breached. It laid the condition that “the concerned Secretary of the State of Goa will not be able to draw his salary”, after the deadline “if there is any default, till compliance”.

This is crucial. The NGT order hit where it hurts, i.e. on the paycheck of the IAS babu, occupying the concerned chair. That is when he and the government sprung into action. What they did, as borne out by facts, was a mad hurried exercise for what appears to be the sole purpose of the all-important salary not getting blocked.

-The government then immediately assigned this job to the Chennai-based National Centre for Sustainable Coastal Management (NCSCM). The decision to entrust this to an organisation not based in Goa and without quite involving local experts, and bodies which have done amazing service to the land in terms of data collection and analysis of the lands topography, calls for another in-depth piece which one shall save for later, because this will be a long summer.

The NCSCM crunched data at a frantic pace and hurriedly put together a plan which served just one government purpose, beat the NGT deadline. Sure enough, the plan was submitted on January 30, 2021, the day before the deadline, avoiding the salary freeze of the Secretary of the concerned department, by a whisker.

A public hearing was immediately announced as mandated by law but without the 60 days time under law that needs to be given for panchayats, other local bodies and stakeholders and NGO to peruse the plans. Just 30 were given. This is clearly illegal.

Of course, the Goa Foundation was straight off the block sending a terse letter to the Goa Coastal Zone Management Authority, stating that as per the Environment Protection Rules 1986, sixty days time is mandated to given for the receipt of suggestions/objections, pursuant to publication in the official gazette. Rule 5(3) (c) specifically deals with this.

And Environment Protection Rules come into play, because, as pointed out by Goa Foundation in its letter “As per 5(vii) of the CRZ notification dated 6.1 2011, the draft CZMPs shall be submitted by the State government to the concerned CZMA (Coastal Zone Management Authority) for appraisal, including appropriate consultations and recommendations in accordance with the procedure (s) laid down in the EPA, 1986.

So what in effect the Goa government has done is that it has abjectly, blatantly and deliberately violated the procedure (s) laid down in the EPA, 1986 with disdain and contempt. It has expressed its intention clearly by actually putting an embargo on filing objections and suggestions beyond four weeks, thumbing its nose on the very CRZ notification based on which the CZMP has been drawn up.

This is a mockery of a very perverse kind.

But this mockery and betrayal will not pass unchallenged as the outpouring of hurt and anger across villages is spreading. And this is not restricted to a part of Goa, nor can it passed off as being restricted to certain pockets or among certain communities. This is a total democratic betrayal.

The government expects village panchayats to fall in line. They will not fall in line if the line affects their futures. The village panchayats understand Goa’s riverine ecosystem better than a group of data and number crunchers sitting at the National Centre for Sustainable Coastal Management in Chennai. These organisations have no soul or the wherewithal to understand the unique, age-old relationship of the people and the land. If the plan is meant to do service to these people, it has done exactly the opposite. How dare such a plan be thrust on Goans?

The government sits on a plan that was supposed to be put on the table in 2013 and drags it for eight years. And yet, it wants people to rush through with their objections in just 30 days. It blatantly ignores hundreds of mistakes in the plan identified by village bodies. There are villages missing from the plan, sand dunes and fish mending areas are not mentioned and fishing wards are marked in some cases as beyond 500 metres from the coast. This begs the question. Which fisherman will drag his boat for beyond 500 meters in the water each day? They live right on the water, not 500 metres away. These mistakes are a reflection that ground realities and the way of life of rural Goans have been totally ignored. And yet, the same mistakes have been dumped on the people. This is shocking beyond imagination.

The Goa government has added to the misery by giving absolutely no opportunity for the people to even get their plans on time to even begin their response. Physical copies of the plans did not reach the villages till the last days of February. The plans were not even explained to the people. Stakeholders like fishermen, khazan associations, agricultural bodies and Comunidades were not taken into confidence.

And after all this, at the proposed public hearing on March 7, when 178 villages and 8 municipalities will be heard, no one will get more than five minutes if at all, to say their piece and as things stand now, with no further window to raise objections or concerns. Is this called people’s participation or a mere lip service in order to tick some boxes mandated by law?

Mind you, no Goan is objecting to a proper Coastal Plan. They are the ones who are questioning the eight-year delay. And now the crazy rush to cough out a bad anti-people plan. Remember, a faulty Regional Plan had to be scrapped because of the vigilance of alert Goans. They will not fail themselves and their land with regard to the Coastal Zone Management Plan too. And their 100 per cent lawful and democratic efforts will be seen in the villages and towns and in the courts using the same laws of the land as their tools in their fight.