To Sir with love 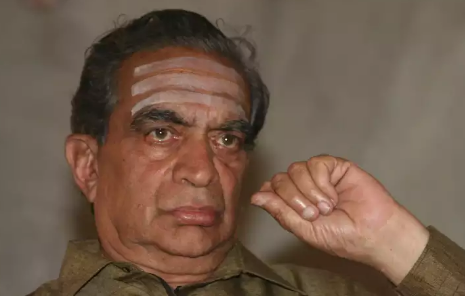 I first saw him on the screen in a cinema after my film-crazy mother coaxed me to join her to see ‘Kaadu’. I was barely 12 and my rudimentary knowledge of Kannada was of little use in understanding the dialogues.

I was impressed by the role he essayed.

In the next few years, we heard interesting tidbits about his teaching and acting from our older sibling who was his student. Hence, before I joined St. Joseph’s College of Commerce, Bangalore, I knew a fair bit about the lecturer and actor who would be teaching us English.

In his very first class, he created an impact on us students, fresh out of school. He wrote G.K. Govinda Rao on the black board and addressing the class with a smile, said, that was his name. He didn’t open the text book that he carried; rather, he held forth about the importance of reading, what we would be learning and as a sort of ice-breaker, he asked us to tell us about ourselves. When two students raised their hands, he encouraged them to come forward and speak to the class. It was his way of spotting students who could potentially be part of the college’s debating or dramatics team.

It didn’t take us long to realise that Rao was a born teacher. What’s more, he was a gifted actor who acted in films and television serials including the famous ‘Malgudi Days’. That combination lent an added dimension to his personality. The class room was his stage and he played his part with panache and perfection, often acting out lines from plays, prose and poetry. His vast knowledge and his firm but easy rapport with students ensured nearly always hundred percent attendance in his class. In fact, Rao’s classes lured students away from the many attractions of Bangalore’s famous Brigade road where our college was located.  He was a constant source of inspiration and encouragement for those interested in debates, dramatics and literary activities.

Rao’s near God-like veneration for Shakespeare is legendary.  I often wondered what fascinated him so much about Shakespeare. So when I visited him recently, I asked him. He began by explaining how Shakespeare’s writing evolved out of the conventional style of the time and how his writing lent itself to the theatricality of a play.  He summed it all up by saying loftily that Shakespeare is the giant of English Literature whose writings are timeless and relevant even after 400 years. And in Rao’s characteristic style, he rattled off several quotes.

He showed me his study and not surprisingly, a huge poster of the Bard adorned a wall of his study that’s filled with books. Rao didn’t own a house, a car or had much money; his treasure of over a thousand books were his assets.

He had mastered most of the Bard’s plays and even two days before he passed away, he quoted a line from Julius Caesar, his grand-daughter told me.

It is hard to encapsulate everything about Rao in a short write-up. Teacher, actor, writer, activist, public intellectual, he inspired and influenced more than one generation. Ever grateful that his eyesight was good, enabling him to read late into the night even at 84, his eyes were donated to a hospital as per his wish. Rao may have departed the earthly realm but he is sure to live in our hearts and minds. May he rest in eternal peace and joy.