Kudos to Goa Association of Resident Doctors for standing up and speaking out on the lack of facilities at the COVID-19 hospitals. 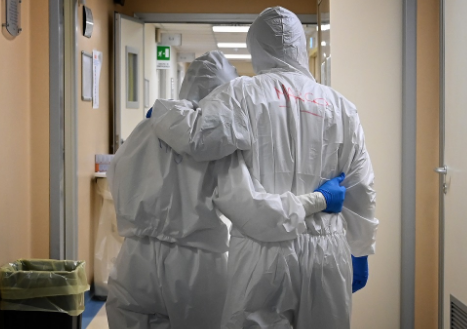 The resident doctors have clearly indicated that they will not be used as scapegoats if anything goes wrong in the treatment of the COVID patients. They are doing their best – we are aware of that and thank them for it – but they could have done better if only they were given proper facilities and guidance.

From what they say there is clearly an administrative or management lapse in the facilities in the COVID hospitals. We were all aware about the shortage of beds. We could guess about the shortage of oxygen, but there was nobody confirming it. But now, as pointed out by the resident doctors, the central oxygen flow delivers very low at times, which is inadequate to keep NIVs and ventilators working effectively, and that the oxygen cylinders used for patients sometimes empty out in the middle of the night and it takes at least two to three hours for replacement cylinders to come during which time the patients remain without oxygen with saturations dropping to less than 60 per cent.

By writing to the Dean of the GMC on the issues faced, the resident doctors have achieved what their seniors in the medical service could not – bring the government scurrying to remedy the situation. It is surprising why the senior consultants and even the professors of the Goa Medical College have been silent about the facilities in the hospital. Wasn’t it their duty as seniors to point out to the lapses? Will they at least now stand by the resident doctors and see that the facilities are in place?

The question is relevant, as after the resident doctors revealed what is happening in the COVID-19 wards, the Health Minister rushed and held a meeting with them. There was an assurance that their grievances will be looked it. So we have another assurance. What about action? Can we see some of that also?

Action is required, as following the initiative of the resident doctors, the Goa unit of the Trained Nurses’ Association of India too has sought that extra nurses be appointed in the COVID units of government hospitals. Their contention is that the nurses are facing problems handling the COVID crisis and are struggling to reach out to every call of admitted patients, despite the ‘acute shortage’ of nurses and the lack of facilities. Another common grouse is that the face ill treatment from patients and relatives.

These are the frontline COVID warriors for whom a year back people came out onto their balconies and clapped and thumped utensils in appreciation. But, what have they received other than that? They do deserve better facilities and better working hours.

How does the State government expect to fight the pandemic if its doctors, nurses and other staff on the frontline are not equipped with what the basic requirements? It is the job of the government to equip the hospitals with the very basics that are required. There was ample time to have all the requirements in place. If it is not prepared the fault is entirely of the government. It can still make the change now, if it works quickly. The issues have been listed by the resident doctors and the nurses. It is for the government to act.