Work from home or opportunity to exploit labour? 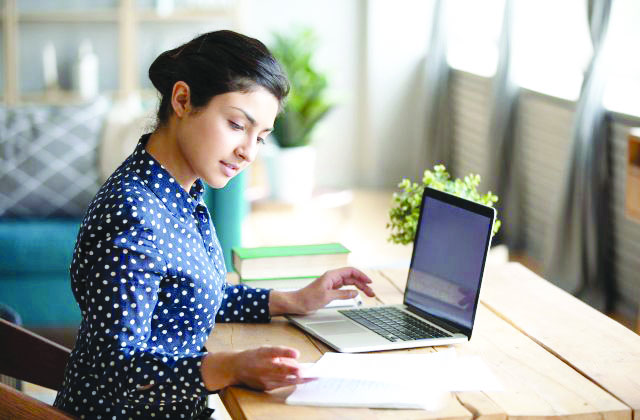 What we broadly know is that Work From Home involves working from home instead of from the physical premises of the office from where the persons worked, and teleconnectivity to be able to work. And when one looks at it this way, one would think that working from home is something beneficial, and it was even heralded by some workers initially after work from home was started when partial lockdowns were in operation. But as the glamour is wearing thin, increasingly it is obvious now that while COVID-19 situations could demand staying at home and consequently working from home at this time, working from home can only be a temporary measure, or else it will only stifle the working class.

It seems that there is an attempt to make Work from Home a norm. It is being advocated as something that will produce a lower carbon footprint. The Government of India has come out with draft model standing orders for the services sector and also separately for manufacturing and the mining sectors seeking comments from stakeholders. The Indian IT industry has estimated that at least 50% of the employees will be working from home in the near future. The Labour Ministry has chosen to be in conversation with National Association of Software and Service Companies (NASSCOM), an Indian non-governmental trade association and advocacy group focused mainly on Information Technology and Business Process Outsourcing industry.

NASSCOM has set out the industry’s ask, that is, changes in labour laws to redefine working hours and shift timings, improving telecom and broadband infrastructure in residential areas, abolish employers’ obligations in terms of safety and health measures when working from home, income tax law reforms so that employers’ expenses to enable Work from Home can be treated as business expenses, exemptions for the IT sector from the provisions of the Shops and Establishments Acts of States and from the provisions of other Central acts like Industrial Employment Standing Orders Act, 1946, Maternity Benefit Act, 1961, and relevant acts relating to social security benefits like EPF, ESI and pension.

To be exempted from registration under the Shops and Establishments Act and only to be registered under the Companies Act as NASSCOM suggested amounts to exemption from being obligated under labour laws to a large extent. To seek relaxations from requirements under the Maternity Benefits Act, such as relaxation from the requirement to provide nursing breaks and crèches facilities, amounts to a failure to recognize that working from home doesn’t end care work responsibility for the employees towards children and care work for the elderly too are added.

NASSCOM has in fact been representing that the productivity of their employees has gone up tremendously during lockdown.  Apart from other factors, what these productivity statistics are hiding is the silent and invisible labour of the women in the home, to reproduce and prepare that worker for being online – including keeping the backdrop spic and span and replacing the workers’ canteen.

It does not speak very well for the Labour Ministry that the policies towards work from home are being discussed without labour representatives and labour participation. Or is this a continuum of policies and codes, such as the labour codes and farmer laws that are being imposed without labour representatives and labour participation? One of the biggest threats for workers is the difficulty in organizing as has been experienced when it comes to home based workers. It is difficult for home based workers to be unionized, given that there are not even any transparent record keeping systems of who the home based workers are, there being an unclear or non-existent employment status. It is not possible to know if the employer is exploiting the situation to pay different workers doing the same job differently because there is no way to compare..

Another linked problem is the space at home to work. We cannot forget that when we are talking of work from home, not everyone has a home that has enough space to work from it, while not having the privacy of the home not intruded into as well.

Surveillance is another major concern. C. Vijaykumar, CEO, HCL Technologies, for instance, talks of how they introduced tools to track the productivity of each employee, from Day One and how they have been comparing it with the availability of the team before and during work from home and how the availability is much higher in the work from home model. While he is concerned about the challenges to privacy from his customers’ perspective, what his statements effectively hide is that the software that is introduced to track the productivity can be invasive into that employee’s life and intrude on the employee’s privacy.

This is not to suggest that there was a golden age where things in the past were absolutely bright, but the struggles of the labour movement had fructified to a certain extent, and now the regression is phenomenal. It is against this backdrop that it is all the more necessary to look more closely at ‘work from home’ scenarios and be alert before the work from home policies entrench themselves in a way that it is too difficult to weed out.

The emerging situation is well encapsulated by Rikta Krishnaswamy, of the All India IT and IT Enabled Services Employees’ Union, who perceives Work From Home as a double edged sword, “It seems that all eyes are now on monetizing and capitalizing on the productivity surge, and problems faced by workers cannot easily be escalated to the trade union”.

(Albertina Almeida is a lawyer and human rights activist)