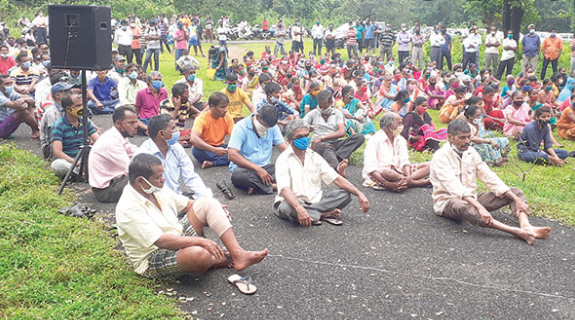 It is a year since the government acquiesced to the demands of the villagers of Shel Melauli and decided to shift the Indian Institute of Technology (IIT) from the village following protests. It brought to a close a long protest that had also turned violent. For the villagers of Shel Melauli, that announcement, however, didn’t bring closure. They have three demands now – withdraw the criminal cases against 40 villagers that were filed during the agitation; revert the Revenue Department land which had been allotted to the proposed IIT project; halt the case currently on at the Panchayat Director on IIT compound wall construction. The villagers had been on protest outside the Guleli village panchayat premises but have temporarily suspended their protest due to imposition of the election code of conduct. Their demands, however, stand and the people have vowed to continue until the requests are met.

It is not just the villagers who have not got what they wanted. The Indian Institute of Technology still awaits a new site where it can start construction of its campus that has already been long delayed. The government, a year ago when shifting the institute from Shel Melauli, had promised an alternative site would be allotted to the institute ‘in the coming days’. That new land is not yet forthcoming and the days have lengthened into months and now a year. This should have been a quick decision and the authorities should have expedited the process, but the committee constituted to identify land for the IIT is still to zero in on a site that would be acceptable. The committee was constituted almost two months after the Shel Melauli site was scrapped, so there was a delay there too. Given the past history, any new site that is selected for the institute should be clear in all respects.

In the meantime the IIT continues to function from the Farmagudi campus of Goa Engineering College and this has led to several constraints. For starters, it cannot expand. Five years since it commenced classes in Goa, the institute has not been able to grow essentially due to the temporary nature of its campus. In the absence of a permanent campus the IIT misses out on Central research and funding schemes, other sponsored-research projects and has also been unable to introduce more courses. Even recruiting additional staff turns difficult due to space constraints. Once the land is identified, it will take another few years before the IIT can actually begin to function from its own campus. The long delays in finalising the land for the institute also reflect on the government’s inability to facilitate the setting up of a prestigious institue of higher education, the kind that students take pride in being alumni of.

Finding land for the IIT has turned into a saga. Melauli was not the first site rejected by the people. A plateau in Canacona taluka had met with objections from the locals, a site at Sanguem had been proposed but the choice had fallen on Shel-Melauli and this was discarded. This makes identifying land all the more difficult for the committee. The election code of conduct effectively means that land will be allotted to the IIT after the elections. This provides the committee time to interact with the locals and the local government representatives, take them into confidence on the institute before announcing the choice of site. The Indian Institute of Technology is important for the State. Land allotment cannot be delayed unnecessarily. If the committee works in a transparent manner, it can avoid any future disagreement on the location. The key is communication right from the beginning.