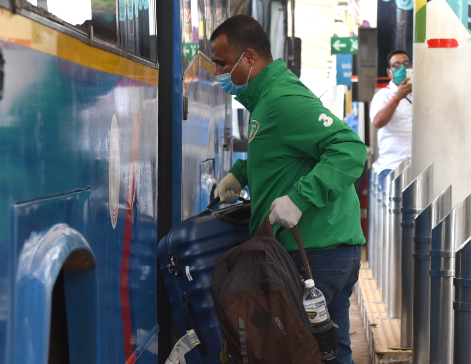 PANJIM: The opening of State borders by the State and the Central governments and resumption of air and rail services in the country, has thrown up a new issue. While, there has been opposition to this, now residents of the State also appear unwilling to accept the arriving travellers in their neighbourhoods.

The issue was discussed at the State Executive Committee (SEC) meeting on May 22, when North Collector R Menaka informed the committee that many arriving travellers, who had tested negative, are facing problems of acceptance in their residential colonies or areas. “Such people are asking for paid quarantine facilities to temporarily shift outside of their localities,” she said.

The SEC asked her to create awareness amongst neighbours, and make them aware about the testing protocol, to avoid them being ostracized. However, the Collector has also been permitted to create such demand based paid quarantine centres.

A local, who was stuck in Mumbai and returned to Goa last week, told Herald his neighbours often taunt his family members despite he having tested negative.

“I had been to Mumbai for official work and returned now but there is a change in behaviour of my neighbours after my return. I am not moving out as I have been given 14 days home quarantine but my family members do when we need something,” he said, refusing to be named.

The issue of quarantine appears to be turning into a major controversy with some locals not ready to accept such facilities in residential areas. For instance, on May 20 a section of the villagers of Candolim protested the quarantine of the seafarers in a hotel close to their residences.

Similar are the sentiments in Anjuna, Siolim and many parts of Goa. There was also panic among residents in Sirvodem, when a person who had arrived from Delhi by train and was directed to be in home quarantine, was seen moving freely around. The person and tested negative and spent a week in quarantine before being sent to home quarantine.

When Herald spoke to Secretary Health Nila Mohanan on the issue, she said, she is unaware of any such opposition by locals.