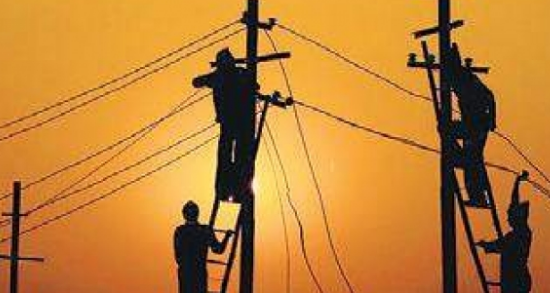 Working on a war-footing for almost six days, Electricity Department restored power supply across the State after Goa’s power load was reduced from 570 MW to 85 MW following Cyclone Tauktae.

After many areas of Goa faced blackouts due to the cyclone which damaged electricity poles and snapped overhead wires as trees fell over them, Electricity Department staff worked round the clock and ensured that Goa’s power load increased from 85 MW to 450 MW on May 19 due to restoration of network across various locations in the State.

The cyclonic winds and rains due to the cyclone on May 16 caused tripping of major feeders in the State across all voltage levels. As a majority of the network in Goa is overhead, the cyclone caused falling of poles, snapping of conductors, damage to outdoor structures, etc due to falling of trees, branches, etc over them.

As part of emergency preparedness, 28 teams of contractors comprising 200 personnel were engaged by the department at different locations to attend to the power restoration works, Fernandes said.

Further, 150 technical personnel from Maharashtra, Karnataka, Tamil Nadu and West Bengal were mobilised to assist local teams in the restoration works, he added.

About 400 engineers of the level of executive engineers, assistant engineers and junior engineers, along with about 3800 technical staff of the department worked round the clock to restore the power supply.

The department had to manage all other logistics such as transportation, lodging, food, etc of external manpower, Fernandes added.

According to Fernandes, the entire operation of power restoration was challenging and difficult. Large sized trees had uprooted and fallen damaging poles and snapping of the conductors.

Further, the intermittent rains followed by gusty winds made restoration work very difficult. All operations had to be properly planned in regards to distribution of manpower, tools and tackles, cranes, excavator and vehicles, he said.

The total loss to the power infrastructure hit by the cyclone is estimated at Rs 23 crore, Fernandes said.