The narcotics seizure made in 2020 saw a 175 per cent rise compared to the previous two years. 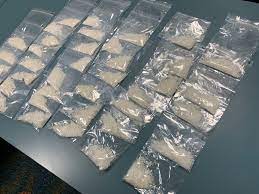 PANJIM: A total of over 149 kg of narcotic drugs was seized in the State in the year 2020, Union Minister of State for Home  Nityanand Rai informed Lok Sabha.

In 2019, a total of 85.215-kg drugs were seized while 79.469-kg drugs were seized in 2018 in Goa, the Union Minister said in a written reply while referring to the data published by the National Crime Records Bureau (NCRB) related to States and Union Territories (UTs) seizures under the Narcotic Drugs and Psychotropic Substances (NDPS) Act.

The narcotics seizure made in 2020 saw a 175 per cent rise compared to the previous two years. The Union Minister’s reply gives a clear indication of the illicit drug trade growing in the touristic State.

The Minister stated that the Government of India has taken several steps on a national as well as international front to contain drug trafficking in the country such as the introduction of the Narco Coordination Centre (NCORTD) in 2016 to have effective coordination of actions among various Ministries, Departments, Central and States law enforcement agencies. This mechanism was restructured in 2019 into a four-tier structure.