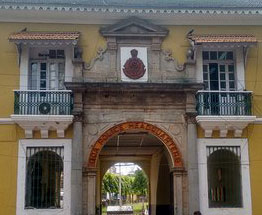 The coronavirus scare reached the doorstep of the police headquarters in the capital after two staff members working in the office of the State Crime Records Bureau tested positive for the infection. One of the infected COVID-19 patients is from Sanquelim, which has reported 27 cases so far. Police sources said that on first case being detected on Monday, the entire staff of the unit, including officers underwent the test. “The team of around 25 officers, personnel and administrative staff had undergone the test after the first case was reported on Monday. The results of these tests arrived on Tuesday of whom one was positive,” said the source. It is also learnt that a few of them who had come in contact with the staff of the SCRB had gone in self-quarantine. “We have also opened an option for others in the headquarters to get themselves tested if they wish to,” the officer said.  With two cases reported in two days, the police headquarters that houses the offices of senior officers including the police chief was sanitised by fire personnel on Tuesday.