24 places in Goa not showing on CZMP map

Goa Foundation says this exposes deficiency in the notice regarding the public hearings; Maps of all areas are required so people can prepare for the hearing 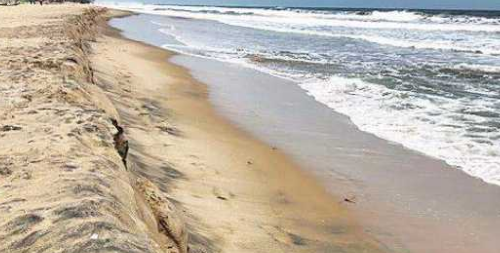 PANJIM: In what amounts to a major embarrassment to the government, the maps of 24 places, which include two municipal areas, have not been uploaded on the draft Coastal Zone Management Plan (CZMP).

This plan was uploaded online recently by the government ahead of the public hearings that have been scheduled for both districts on March 7.

On Wednesday villagers of St Jacino Island had protested that their houses were not showing on the map of their village on the draft CZMP.

Goa Foundation (GF) Director Claude Alvares said this exposed a deficiency in the public notice regarding the public hearings as the maps of all the areas should have been uploaded before the hearing. He explained that people have to first see the maps of their respective villages before they can prepare for the public hearing but in this case, so many villages are unable to even see their maps.

At the awareness meeting organised by Goa Foundation in Panjim for North Goa on Thursday, some of the attendees pointed out that the hard copy of the Tiswadi map that is available at the taluka’s deputy collector’s office in Panjim is old and incorrect and is thus counterproductive to the entire exercise of approving the present plan. The people also pointed out what other areas are missing in the draft CZMP.

Speaking to Herald, activist Roshan Mathias who co-hosted Thursday’s meeting with Alvares, explained that the names of these areas have been mentioned on the website ‘czma.goa.gov.in’ but their maps are not uploaded.

He also explained that this is something one may miss at first glance. “In the drop down (on the website) it shows... but if you click on download, then it says it’s not uploaded,” he added.

It is to be noted that there are four to six maps that cover one individual village on the draft CZMP. These maps cover the areas under CRZ. Overall there are 254 maps on the government website, which are to cover the entire State but as people have found out, that is not the case.

“Only parts of the aforementioned list of ‘missing villages/municipal areas’ are seen in the combined PDF of the 254 maps,” said Mathias.

The missing 24 areas include two municipal areas, which are Sanquelim of Bicholim taluka and Mormugao (municipality) of Mormugao taluaka.