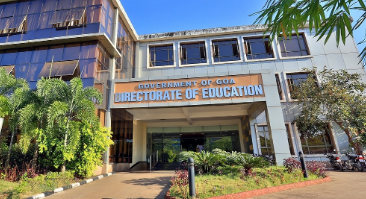 PANJIM: Directorate of Education (DoE) on Tuesday issued notices to four teachers who were involved in setting the Class X English paper. The questions sparked a major controversy as they portrayed the government in a poor light with regards to corruption and job opportunities.

Sources said that Goa Board of Secondary and Higher Secondary Education (GBSHSE) Chairman Ramakrishna Samant and Secretary Bhagirath Shetye are also under the government’s scanner, since the Board is responsible for conduct of the examination.

Sources confirmed that notices have been issued to four teachers, three from aided schools and one from a government school, who were given the responsibility to draft the English question paper.

Sources revealed that Education Secretary Nila Mohanan is likely to conduct the inquiry into the episode.

One of the questions was a conversation between two persons wherein one said that he would opt for a Portuguese passport to get a job as jobs were scarce in Goa, and that one needs to have influence and money to get a job. A question also mentioned about corruption in the State.

BJP has demanded strong action against the paper setter, scrutiniser and all those involved in clearing the paper content.