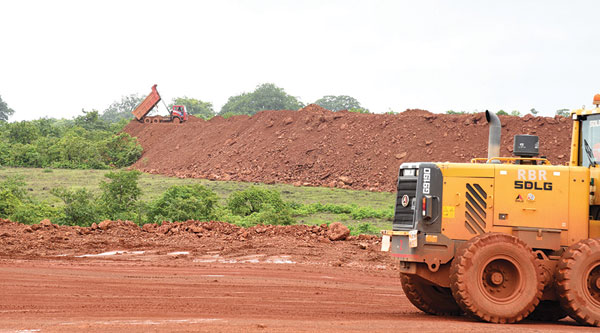 PANJIM: Nearly 54 per cent work of the Mopa greenfield international airport has been completed which is now poised for commissioning in August this year.

The construction work was delayed by 634 days due to restraints by various courts and further hit by additional 90 days due to COVID-19 pandemic.

“So far up to December 31, 2021, the concessionaire GMR Goa International Airport Ltd has achieved physical progress of 54 per cent,” said sources.

After much-delay, the Mopa airport is now scheduled for commissioning in August this year. In October 2014 the Goa government floated a global tender for the construction of Mopa greenfield airport on PPP mode.

The concession agreement between the Goa government and the GMR Goa International Airport Ltd was signed on November 8, 2016 while, the construction work of the Mopa greenfield airport commenced on November 13, 2016. Initially the estimated cost of the airport project was Rs 1900 crore but it has now been revised to Rs 2650 crore due to time overrun.

Meanwhile, the Aviation Skill Development Centre (ASDC) which was inaugurated by Prime Minister Narendra Modi on December 19 last, has started recruitment process by selecting candidates for the training. In all 30 candidates each selected for six months airport rescue and fire-fighting operations (ARFF) and baggage screeners, a three-month course have already been sent for training at recognised institute.