Police complaint filed by fish traders against unkown persons; They also accuse SGPDA of being responsible for the rise in fish prices and reduced supply of seafood 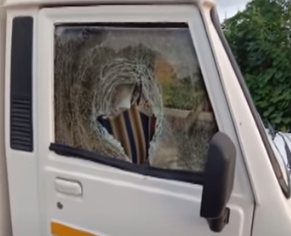 Margao: The tussle between the wholesale fish market traders and the South Goa Planning and Development Authority (SGPDA), which owns the market premises, just got murkier.

Wholesale fish market association leader Maulana Ibrahim has accused SGPDA of being responsible for the rise in fish prices and reduced supply of seafood.

He urged the public to question SGPDA over this issue.

Further, on Thursday, fish traders filed a police complaint at the Fatorda Police station, after eight vehicles that were parked just outside the SGPDA wholesale fish market, were damaged by unknown persons.

The owners of these vehicles reported the matter to the police and non-cognizable offences has been registered.

In this regard, the traders have complained to the police that the PDA is not allowing the vendors to sell the fish.

Fish traders also questioned why fish is not being allowed to be sold when fruits, vegetable, milk and other such items that are coming from other States have been allowed.

Speaking to the media about the entire episode, Ibrahim said, “We have been selling fish outside the PDA property and the people are happy that they are getting fish at a cheaper price. The PDA is responsible for the deficiency of fish and the high prices. They have defied the Ministry of Home Affairs guidelines and have continued to keep the market closed. I urge the people to question the government and PDA as to why they are not getting fish regularly for their daily needs and at affordable prices.”

Sources said that the issue between the traders of at the wholesale fish market and the SGPDA is over the clause that is being insisted upon by the Authority that all vehicles coming to the market have to be registered.