2.15 lakh who took first jab yet to be fully immunised; Mega vaccination drive on October 31 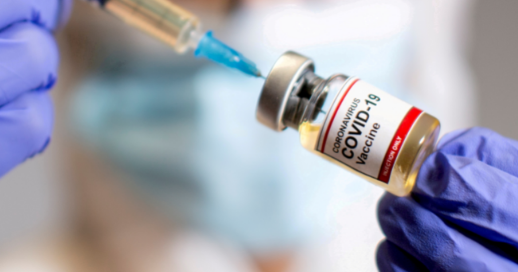 PANJIM: Almost 92 per cent of the COVID-19 deaths in Goa, during the second wave of the infection since March, have been of persons who were not vaccinated, Directorate of Health Services (DHS) said on Monday.

Warning that those who have not taken the second dose of vaccine might get infected by the COVID-19 virus and spread it further, DHS revealed that around 2.15 lakh of the eligible population, who took the first jab, are yet to be fully immunised, even after 84 days of gap period. The warning has been issued in view of increasing tourist inflow in the State.

A mega vaccination drive, across 219 public health centres and 40 major vaccination centres has been

organised on October 31, especially to inoculate those who have been left out, with a target to cover the entire eligible population with both doses by November end.

Addressing media persons on Monday, epidemiologist Dr Utkarsh Betodkar said that Since January 2020 till date, 3,358 succumbed due to the COVID-19 infection, of which 795 died during the first wave.

A total of 2,563 COVID-19 deaths were reported during the second wave, of which 2,359 had not taken even a single dose, Betodkar said.

He said that 185 patients, who had taken a single dose died due to co-morbid conditions, while those fully vaccinated were 19, of which 17 had major co-morbidities.

He said that currently, when cases are decreasing, people should come forward and get vaccinated. “This is the best time as there is less virus in the environment and less number of cases, we appeal to all to come and take their vaccine, get fully vaccinated,” he said.

As per DHS data, the first dose coverage is now 105 per cent, which includes the floating population and 71 per cent have taken their second dose till now, which is much higher than the national average of 31 per cent.

“With tourists coming in, there is possibility that those who have not taken the second dose may get infected and spread the infection. There are around 2.16 lakh beneficiaries, who are yet to take their second dose, even though they have completed 84 days,” Immunisation officer Dr Rajendra Borkar said.

Borkar added that the data clearly reveals how vaccination has saved us from third wave and serious deaths. “We are flooded with tourists and we cannot be complacent. COVID had reduced but has not gone from Goa or India. We need to understand that,” he said.

The doctor said that by vaccinating all the adults, a safe environment has been created for those who are yet to be vaccinated, especially children. “After 14 days of taking the vaccine, the protection starts, so it is important we take early vaccine,” he explained. 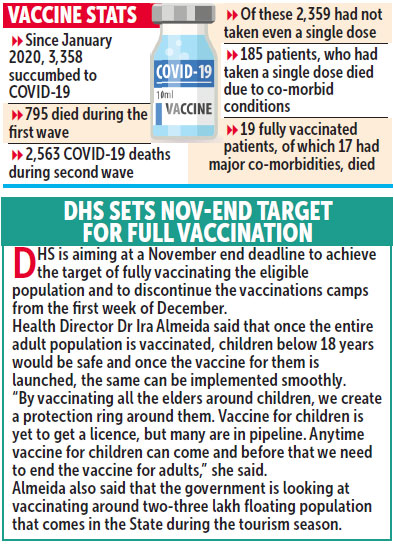