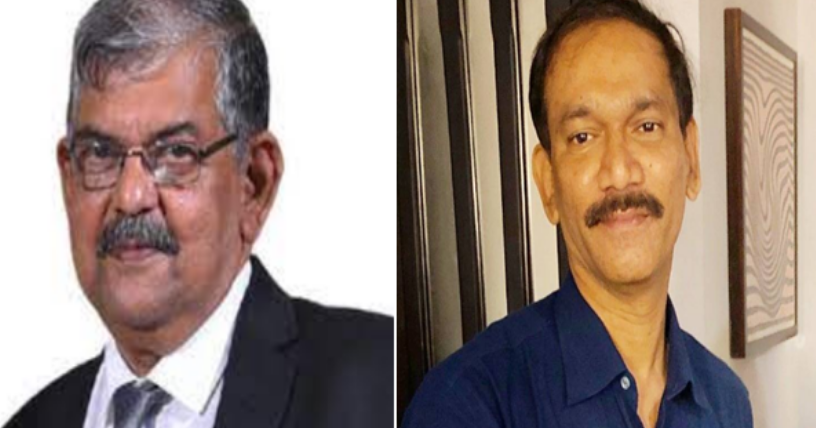 NEW DELHI/PANJIM: Putting to rest months of speculation regarding a change in the Congress party leadership, All India Congress Committee president Sonia Gandhi on Monday retained Girish Chodankar and Digambar Kamat as president and leader of the opposition respectively, in view of a report submitted by senior leader P Chidambaram after a 2-day visit to Goa to meet the State party leaders and workers. Former minister Aleixo Sequeira has been appointed working president.

In view of the upcoming Assembly elections early next year, she has also constituted various committees with immediate effect, states a press note issued by AICC General Secretary (Organisation) K C Venugopal. The committees are Salcete heavy as eight out of the 13 names, including the party chief, CLP leader and working president, hail from the taluka.

The decision to continue Chodankar as president comes months after differences within the organisation after the former resigned following the party’s poor performance in the Zilla Panchayat (ZP) elections in December last year.

Since then MP Francisco Sardinha and MLA Aleixo Reginaldo Lourenco had been demanding a change in the State leadership claiming that the party cannot go to the next Assembly polls with Chodankar as the chief. Most of the State party leaders had also met Congress leader Rahul Gandhi in Delhi last month where many had made a demand for a change in the president.

However, Gandhi advised them to work unitedly and promote young and new faces to win the ensuing elections and to fulfill wishes of the people of Goa by defeating the ‘undemocratic and communal’ Bharatiya Janata Party (BJP).

--
Aim is to bring party back to power: Cong working prez
MARGAO: Newly-appointed working president of Goa Pradesh Congress Committee (GPCC) Aleixo Sequeira on Monday said he aims to bring the Congress back to power in the State.
Addressing media persons at the South Goa District office at Margao, Sequeira said he will contest the elections from the Nuvem constituency if the party offers him the ticket or will work dedicatedly for the Congress candidate.
"Yes, we have committed mistakes in the past and the party has realised them. Now, our aim will be not to
repeat the past mistakes but to bring the Congress back to power", said Alexio.
Sequeira said he will represent all sections of the community and will try to resolve all the issues of people.
Thanking the party leaders for appointing him as the working president, Aleixo said he has a tough time as the Assembly elections are approaching.
"Our aim is to win the upcoming Assembly elections. The party will stand by the people. I will work for a better Goa, as a team and with the help of all experienced Congress MLAs and other leaders. This responsibility of working president is a tough job, especially to bring the people back to Congress", he said.
Refusing to comment on the issue of alliance for the upcoming elections, he said, “It is up to the party High Command to decide upon.”
On the issues of credit societies, he said the Congress will try hard to bring some schemes to take care of the investors and depositors.
"We must note that most of the money deposited in the credit societies are of the poor ", he said.
Meanwhile, South Goa Member of Parliament Francisco Sardinha, who was reportedly demanding a change in the leadership in Goa, said the effects will be known when the time comes.
"I had urged the high command to replace Girish but the party has not met my request. However I accept the decision taken by the party leaders", said Sardinha.
Curtorim MLA Aleixo Reginaldo Lourenco refused to comment on the party's decision with regards to retaining Girish as State President.
---
Strengthened Girish set to queLL dissension
Internal bickerings have always been a part of the Congress in Goa, but now firmly in the saddle, Goa Pradesh Congress Committee (GPCC) chief Girish Chodankar is set to quell dissension within the organisation.
Soon after his position was reconfirmed, he said, “We will all work as a team to win the ensuing Assembly elections by keeping aside our differences and form the
next government as per wishes of the people.”
The work of reconstituting the block Congress committees will start within next two to three days, he said adding that a minimum five block committees will be reconstituted at a time based on performance of the workers.
“I have been asked to complete the task of reconstituting all 40 block committees and both district committees within a month. But I will complete this exercise within the next few days so that the block committee members can start the work and prepare to face the elections. We plan to have minimum 200-250 active party members in every block,” he said.
He further said that former Union Minister and AICC election observer P Chidambaram will again be in Goa on a three-day visit from September 3 and will visit some of the reconstituted block Congress committees.
Asked whether he will enter the political arena, Chodankar said that his main focus is to strengthen the organisation. But with Congress president Sonia Gandhi asking him to continue there is every possibility that Chodankar may enter the poll fray for the fourth time.
Chodankar welcomed the appointment of Aleixo Sequeira as working president of the party and assured him support and co-operation to strengthen the organisation. He extended his wishes to the chairpersons, co-chairpersons and convenors of various committees approved by the Congress president.
“I am sure learning from past experience. Each and every member will work with utmost responsibility and dedication to ensure that Congress secures an absolute majority to bring back people-friendly government in Goa,” he said.
Chodankar had quit as president on two occasions but has been asked to continue. He also weathered a storm with MP Francisco Sardinha and MLA Aleixo Reginaldo Lourenco coming out openly against him stating that the party cannot go to the polls under him.
Related news