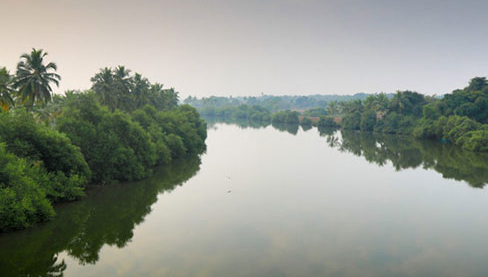 Assolna-based AVCB Traditional Fishermen Association President Agostinho Furtado, who was part of the team that carried out an inspection of the river recently, was amongst those who addressed the gathering.

Roy Barretto from Cavelossim, who was also part of the inspection, criticised how the dredging work was carried out.

Other speakers including Fr Bolmax Pereira expressed concern over the destruction of mangroves and dumping of silt on the river banks, which is not permitted as per the law.

Although, the Captain of Ports has stopped the dredging work, locals fear what will happen when the work restarts and have vowed to oppose the same as they believe the work will be done without sticking to the rules.

Nativade D’Costa, who had mobilised the agitation in the past against plans to bring a casino into the river, also expressed concern about the possibility of the dredging work being used to start commercial activities in the river.