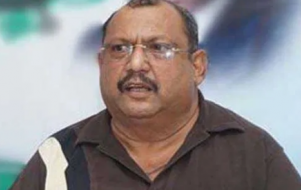 Panjim Police on Monday had arrested five people, all resident of Chandigarh, from Calangute, having in possession over Rs 2.96 lakh fake currency.

In a press statement issued, Goa Pradesh Congress Committee (GPCC) media cell convenor Trajano D’Mello said that the fake currency case clearly shows that counterfeit currency is very widely in circulation and yet another aim of demonetisation has fallen flat.

He pointed out that as per Reserve Bank of India (RBI) annual report, fake notes of new Rs 500 series saw a 37 per cent rise in 2019-20 and there was a fall in circulation of 2000 rupee notes with the Central Bank not printing new 2000 rupee notes last financial year.

D’Mello said that small traders, common man are the victims of fake currency.