All seafarers test negative for COVID-19 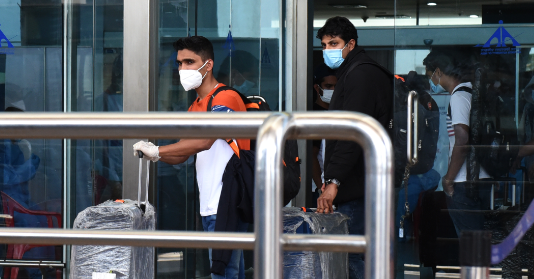 PANJIM: All 416 seafarers who arrived on chartered planes on Wednesday have tested negative even as two more positive cases were found of train passengers taking the tally of active cases to 45.

Health Secretary Nila Mohanan said that the two positive cases were of a couple who came from Mumbai by train.

“No seafarer who arrived from Italy yesterday has tested positive as mentioned by some media,” she said. She added, “TrueNAT screening of one seafarer was positive initially but the confirmatory tests twice were negative.”

On Thursday, 775 samples were sent for testing and 736 received (including pending of the previous day). Of these two were positive and 734 negative and 39 reports are pending.

The Health Secretary further said that 269 domestic travellers have been home quarantined, 379 are in facility quarantine and six are in hospital isolation. Also, 988 patients have been quarantined in various residencies and hotels. The State has so far conducted 10,859 tests.

Replying to queries Mohanan said there was no shortage of personal protection kits either at the COVID hospital or at GMC. “We got almost 10,000 PPE kits in the last 15 days and a few more on the way from the Central ministry. Besides, the State is also buying from the open market,” she said.

Asked whether truck drivers and cleaners are being tested at the borders, she replied in the negative, saying the Centre has directed for a seamless movement of goods carriers. “We only test them with thermal guns and no swabs are taken as per MHA guidelines,” she said.

The State government has suspended permission given to the only private laboratory SRL Logistics, which was a collection centre for COVID-19 samples. Health Secretary Nila Mohanan said there were many false negatives or false positives and as such their permission has been kept on hold.

Around 15k migrants to leave by today

Close to about 15,000 migrants will leave Goa by Friday as around nine Shramik express trains will depart to Uttar Pradesh and the North East.

To a query Kumar replied that the payments for tickets is deposited directly to Railways by the home States.