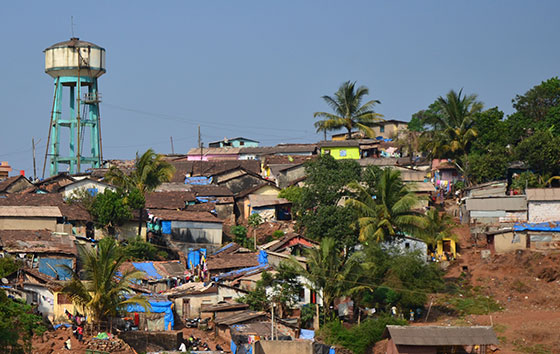 MARGAO/PANJIM: Following a steep increase in COVID positive cases in Moti Dongor and Zuarinagar, in a late night order, areas of Zuarinagar under Sancoale and areas of Moti Dongor in Margao were declared containment zones and buffer zones.

The Rapid Response team will investigate the outbreak and initiate control measures by assessing the situation at both the containment zones in Salcete as well as Sancoale. 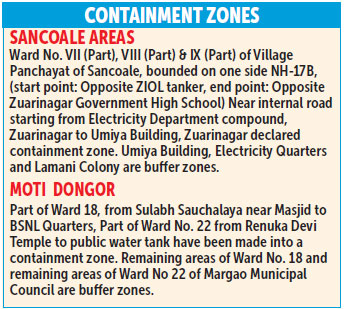 In Sancoale Saiesh Naik, Mamlatdar of Mormugao, Krishna Gauns, Joint Mamlatdar-I of Mormugao and Dhiren Banvaliker have been given charge of law and order.

The Civil Supplies have been roped in for supply of essential commodities to both the containment zones and KTCL has been asked to facilitate transportation of supplies.

Earlier in the day, Health Minister Vishwajit Rane had said that the government was considering declaring the area as a containment zone.

With the number nearing around 20 on Monday, the Health Minister said, “I have spoken to the Health Secretary Nila Mohanan on considering Moti Dongor as a containment zone.”

He said that in view of the new cases that have been detected at Moti Dongor in Margao, swab collection is underway and all necessary precautionary measures are being taken by the Health Department.

“Our dedicated team of health workers are vigilant and testing maximum people at Moti Dongor. It is vital we take all the precautionary measures to break the chain of transmission,” he said.

Meanwhile, the State government on Monday decided that regular OPDs in Goa Medical College and Hospital will commence from Wednesday, July 1. Since the lockdown the people were given a facility of prior appointment on telephone, which will be stopped, says a government release.