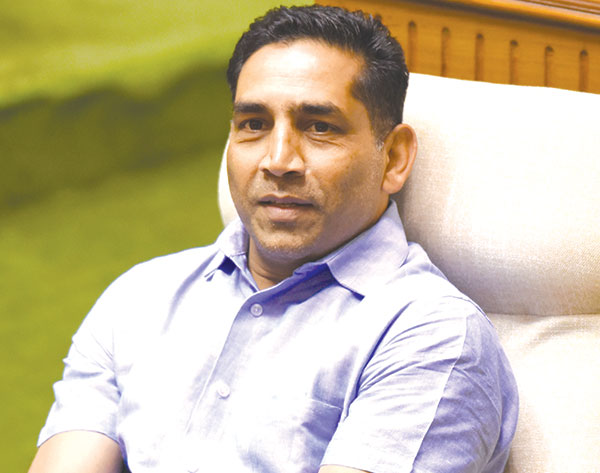 PANJIM: Art and Culture Minister Govind Gaude on Monday defended the Goa Bhumiputra Adhikarini Bill 2021, stating it is not meant to legalise migrants but will make Goans the owner of small dwelling units, if ownership was undetermined.

The Bill, passed during the recently-concluded Assembly session, has evoked controversy with a cross section of the society having flagged concerns over illegal structures being regularised.

Responding to media persons, Gaude said, “I don’t agree to it. In my own constituency, I have locals residing for years, without ownership of the land. This is especially on comunidade land. The Bill gives relief to them.”

Gaude said it is very important that such structures are regularised as the local bodies are losing revenue in the absence of non-payment of house or property tax.

Refusing to comment further, Gaude said he is confident that Chief Minister Dr Pramod Sawant will take an appropriate decision in the interest of the State. “The Bill is not concerned with my department and hence, I cannot comment more on it. I am sure, the Chief Minister will look into all the apprehensions raised by the people,” he said.

The Bill provides for a mechanism to give ‘ownership rights to self-occupied dwellers of a small housing unit to enable him to live with dignity and self-respect and exercise his right to life’. Once recognised as a bhumiputra, an individual can stake claim to ownership of their house of not more than 250 sq m, built before April 1, 2019.

The Minister also said that the refurbished Kala Academy complex will be thrown open in February-March, 2022. “The work is going as per the deadline. We had started work in June and are looking forward to complete it within ten months,” he said.