No change in status since late September; Khazan land data sent to NCSCM for mapping on Sept 4 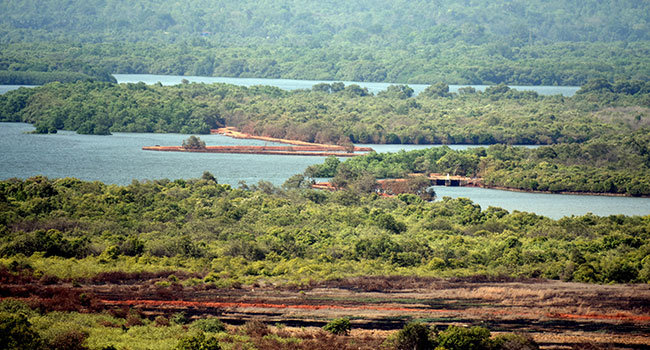 PANJIM: The National Centre for Sustainable Coastal Management (NCSCM) is yet to submit the draft Goa Coastal Zone Management Plan (CZMP), as the Chennai-based agency is still in the process of mapping the khazan lands.

In a final ultimatum, the National Green Tribunal (NGT) has granted time till January 31, 2021 to complete the CZMP. The State had requested for a deadline of March 10, 2021, considering the long process it has to undertake to finalise the plan.

Herald, in its September 30 edition, had reported the status of the plan, which remains at a status quo till date.

The State government had on September 4, sent all the khazan land data, collected from the District Administration, to NCSCM for mapping, since the shape files which were sent by the agency to the State earlier to conduct plotting and mapping did not contain the survey numbers.

“Hence, the State was unable to do the mapping of the khazan land. Accordingly, NCSCM was asked to undertake the same via a letter dated September 4,” sources said, adding that this is in process.

“The draft plan is yet to be submitted. We are waiting for it,” sources said, adding that the State has already obtained approval from the Union Ministry for Environment, Forest and Climate Change (MoEF&CC) to hold a virtual public hearing.

Sources said once the draft plan is ready, NCSCM will submit it to the State government for approval that will in turn be placed before the Goa Coastal Zone Management Authority (GCZMA) for its nod and conduct of a public hearing.

“A 30-day advance notice for public hearing has to be issued. The CZMP maps will be provided to all concerned local bodies including, panchayats and municipalities,” the official said. Along with the virtual hearing, a personal hearing to few, would be granted.

The suggestions and objections of the people will be considered by GCZMA and would be recommended to the National Coastal Zone Management Authority (NCZMA) for approval. The plan will then be reviewed and recommended to the Union Ministry for notification.