Assist govt to ensure all are vaccinated: BJP to Oppn 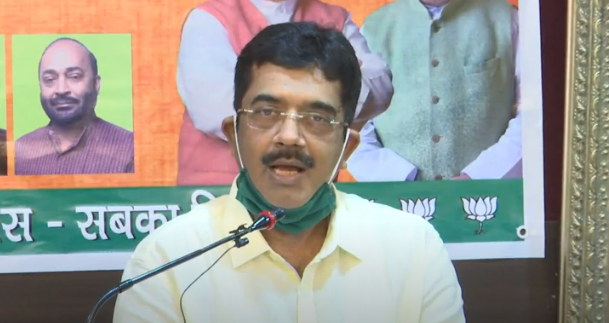 PANJIM: A day after Chief Minister Pramod Sawant cautioned Opposition politicians against spreading untruths and discouraging people from vaccinating themselves, the Bharatiya Janata Party (BJP) Goa has asked the Opposition to assist the government in ensuring every individual is vaccinated.

“If Opposition Leader Digambar Kamat feels some people are yet to take first dose of vaccination, he should help the government identify them and get them vaccinated,” BJP Goa president Sadanand Shet Tanavade said on Thursday replying to a question during a press conference to announce launch of a 20-day special drive ‘Sewa aur Samarpan Abhiyan.’

Cornered by the Opposition questioning the government’s claim of completing 100 per cent coverage of the first COVID-19 vaccine dose, Chief Minister Sawant on Wednesday had said he felt bad that some politicians are blaming their own State. He also asked Kamat, Rohan Khaunte and Vijai Sardesai to not lie and instead help the government to get people involved in Tika Utsav.

Starting September 17, on the occasion of Prime Minister Narendra Modi’s 71st birthday, the ruling party has planned special events across all the constituencies. The drive will culminate on October 7, 2021, which marks Modi’s 20 years in public life. Modi became the Chief Minister of Gujarat on October 7, 2001.

Tanavade said the special drive, part of All India programme, has been named ‘Sewa aur Samarpan Abhiyan.’ “It is a drive to celebrate a complete dedication to the country and its people. In fact every year we hold social campaigns to celebrate Hon PM's birthday. Since Modiji is also completing 20 years in the public office on October 7, 2021 we have planned various events and social work starting tomorrow for 20 days,” he said.

The party unit has constituted a committee to oversee the drive wherein BJP General Secretary Damu Naik is the convener and spokesperson Gorakh Mandrekar the co-convener.

Free health checkup, awareness on vaccination to beat COVID-19, numerous welfare schemes started by Modi government among various initiatives started by the PM will be highlighted during the drive to be held at booth level and constituencies. The BJP offices in Panjim, Mapusa and Margao will hold celebrations. Tanavade said events are being held keeping in mind COVID-19 appropriate behaviour.