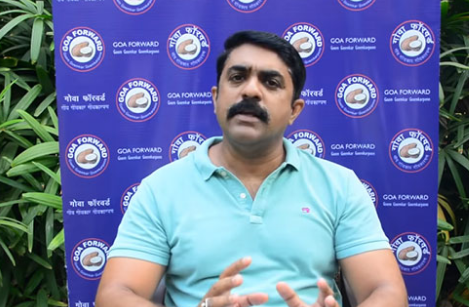 margao: Goa Forward Party (GFP) President Vijai Sardesai has criticized BJP for attempting to make politics out of garbage in

Margao. He was responding to Waste Management Minister Michael Lobo’s statement that  the issues surrounding the approval to the bio-methanation plant for Sonsodo will be solved post the municipal election.

The Fatorda MLA claimed that the UD Minister has the audacity to even stop the projects of the Chief Minister. He demanded that the CM, who is the Chairman of the Waste Management Corporation, resigns immediately.

Meanwhile, the Shadow Council for Margao said they succeeded in saving public funds on the inflated bio methanation plants, which were proposed to be set up at Sonsodo. "With the Waste Management Minister admitting that approvals for the ‘doubled-priced bio methanation plants have not been granted, we have once again successfully saved over Rs 17crs. The Minister is however still hopeful that they will be able to push his scheme after the Municipal elections. It is not the inflated costs that make a plant successful, but proper operations and maintenance do matter the most," Savio Coutinho of SCM  added.