Babush ‘unaware’ of proposal to amend Code of Comunidades

The amendments, which are most likely to be introduced in the upcoming Monsoon Session, seek to alter six articles of the Code of Comunidades 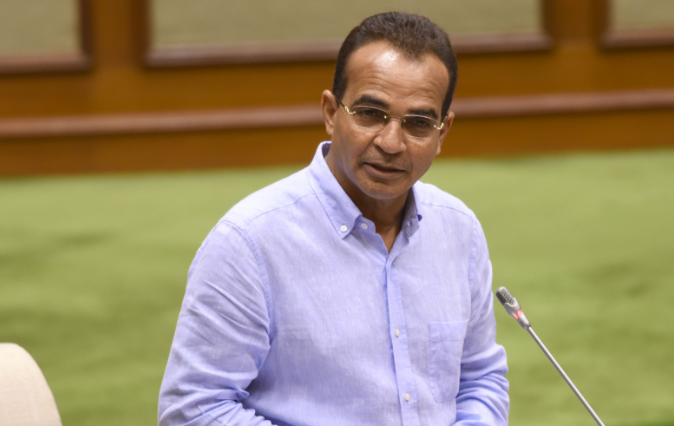 PANJIM: Revenue Minister Atanasio (Babush) Monserrate on Wednesday said he was unaware of any amendments to the Code of Comunidades proposed by his department.

Under Secretary (Revenue - I) Girish Sawant had on May 27, circulated a draft of the amendments to the Administrators of Comunidades of North, South and Central, seeking feedback or consultation with the managing committees of various Comunidades before submitting it for government approval.

The amendments, which are most likely to be introduced in the upcoming Monsoon Session, seek to alter six articles of the Code of Comunidades, besides inserting a new article which enables the “grant of land for public projects” to the State government.

Speaking to media persons, Monserrate said that he was unaware of what amendments the department had proposed to the Code of Comunidades.

"I have not seen the file and nothing was moved"

after I took charge of this department (in March)," he said.

Monserrate said that if any amendments are to be done in this Assembly then the file will come up before the cabinet for approval.

The Comunidades across the State have raised strong objection to the proposed amendments.

The amendments provides for procuring/acquiring land for government projects with consent of the Managing Committee and also to acquire land upto 5,000 sq mts for public projects without the consent of Comunidade.

It also seeks to amend various provisions whereby making provisions for debarring the members of Comunidade from contesting elections if they are encroachers in the Comunidade land.

Babush to cooperate with SIT

He said that the concerned Department officials will provide all the relevant documents pertaining to land transfers to SIT as and when asked for.

"We will fully cooperate and support SIT in the investigation," he said.