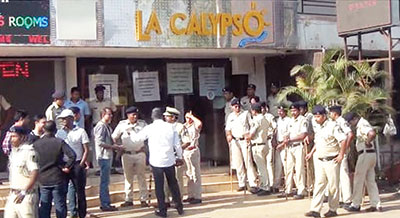 MAPUSA: The 38 persons arrested for the attack on La Calypso casino were on Friday remanded in police custody for one day by a Mapusa judicial magistrate first class.

“We are investigating into the damage and other aspects of the case,” DySP Edwin Colaso informed.

It is learnt that La Calypso casino is owned by one Kaushal Khanna, and he had leased out the casino to Atlantis Entertainment for ten years. The lease expired in January 2019, but the lessee refused to vacate the property citing certain grounds in the lease agreement.