Biggest challenge in Moti Dongor is to keep it ‘contained’

3 exits sealed, 2 other potential exits could be used by those attempting to leave, extensive testing going on 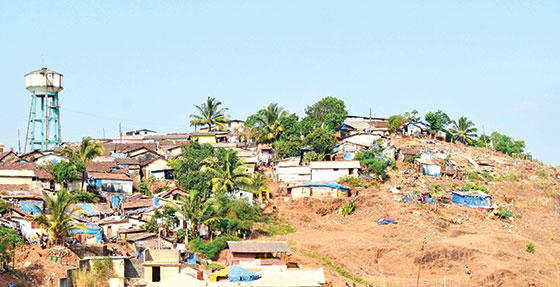 MARGAO: After declaring Moti Dongor as a containment zone, the next big challenge for the administration is to keep it sealed. The slum area of Moti Dongor had three main exits and two potential exits, but the labyrinth of lanes and paths make it impossible to keep the containment zone completely contained.

According to an inspector of the town police, it has now taken a sufficient manpower of the police force of the Margao police station to guard the three official exits. Even this doesn’t seem to be enough The Margao town police have asked for an additional 27 staff to guard the containment zone. The staff will be posted in 3 shifts.

The Margao MLA and former Chief Minister Digambar Kamat, speaking to Herald said that the three exits are near the microwave tower, the steep slope above Hospicio hospital which leads to Monte hill and near the BSNL bungalows. These three exits which are main access to the Moti Dongor have been sealed. The Police have asked the PWD help to seal the other 2 potential exit points with tin sheets to make sure the people are not allowed to exit the areas.

Meanwhile, 400 persons have been tested till Tuesday and the count has reached to 17 from the test results which are out. A total of 923 from Moti Dongor have been tested for the COVID-19. It is also being told that 9 more positive cases have come up but the location is yet to be established.

Patient zero in Moti Dongor was a lineman who went on an assignment of the department to the Sancoale area. The driver of the vehicle carrying the lineman happened to be from Mangor Hill, which they learned after three days. 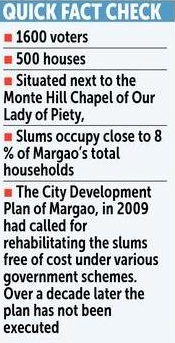