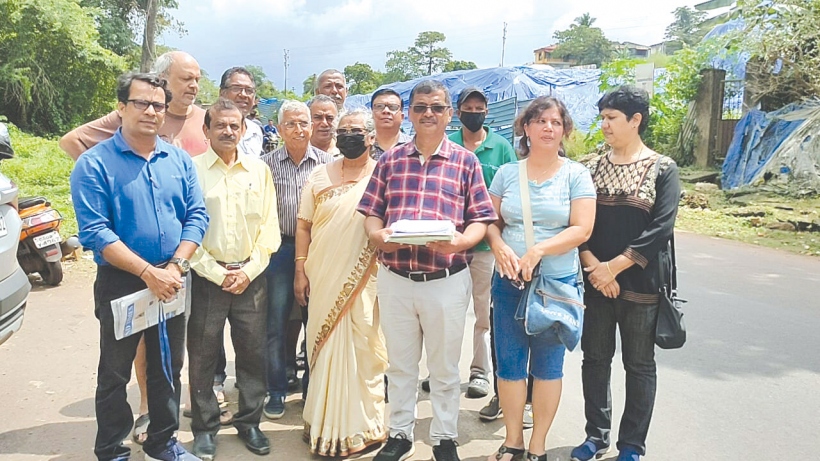 MARGAO: The Shadow Council for Margao (SCM) has alleged that the government is misusing the directions of the High Court regarding the much-delayed bioremediation work at the Sonsodo legacy dump site and is resorting to ‘unscientific shortcuts’ at the cost of the environment and the public exchequer.

SCM convenor Savio Coutinho said they were astonished to find that the legacy waste which was estimated to be 96,750 cubic metres, grew to 2,31 238 cubic metres within a span of two years.

The former Margao municipality chairperson also revealed that the rate for bioremediation and transportation, which was Rs 695 per cubic metre in 2016, in the Goa State Urban Development Agency’s (GSUDA) tender, shot up to Rs 1,840 per cubic meter in 2018, in the Goa Waste Management Corporation (GWMC) tender.

Coutinho further revealed that according to the bills paid to the contractor, it is claimed that 1,01,207 cubic metres of legacy waste had been bioremediated, and out of which 96,519 cubic metres was disposed of in the form of RDF (Refuse-Derived Fuel) material and Inert/Compost/Grit.

“Now though the bills project that this huge quantity has been disposed of, it remains a mystery where it could have gone. Apart from the hockey ground, KTC land and the land next to district sessions court, where filling has been undertaken, we know of no other site,” the citizens questioned.

Coutinho further alleged that the work was not executed as per the tender, and the RDF material and the inert components do not conform to the prescribed limits and further claimed that the secondary screening was not done either.

Pointing at the huge mountain of RDF material, Coutinho said that it is clearly visible that the so-called RDF was mixed with non-incinerable material, in violation of the laid down scope of work.  He added that it is the same situation with the inert/grit, which contains huge amounts of plastic and non- biodegradable materials.

Biochemist Cadeth Castello alleged that whatever is happening at Sonsodo dumpyard is nothing scientific but only screening. “The disposal of the inert material, compost and the RDF if genuinely examined will reveal what sort of shoddy work is being done in the name of bioremediation,” Castello added.