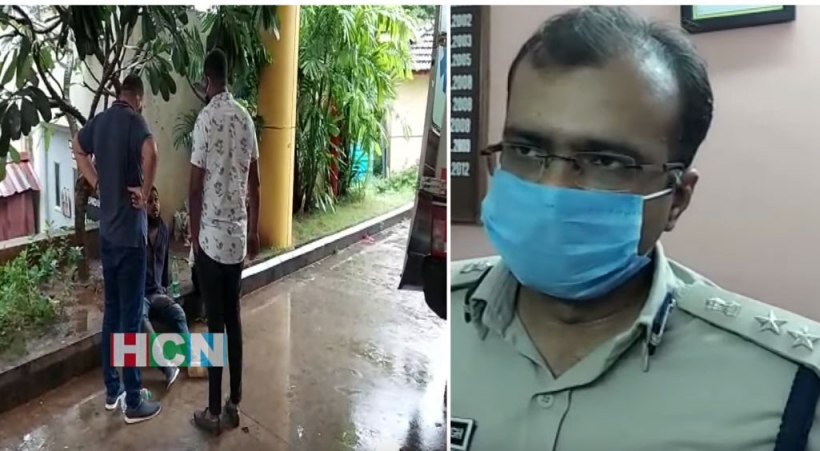 Vasco: Vasco police cracked the Bogmalo shootout case on Friday after they arrested Shailesh Gupta (29) and Shivam Singh (22) both natives of Uttar Pradesh who had fled from the crime spot after shooting Amar Naik a resident of New Vaddem.

Police nabbed the two assailants from Cansaulim railway station track on early Friday morning and have obtained a seven day police custody of both the accused.

South Goa Superintendent of Police, Pankaj Kumar Singh speaking to the media said, on Thursday after the case was registered police formed multiple teams and all the teams scanned the area in a combing operation and on Friday early morning police succeeded in arresting both the assailants involved in shootout.

Singh said one of accused works as a crane operator and the other as a driver. Both had come to Goa on the invitation of their friend whom the police are trying to trace.

Both the accused had visited the place were the shoot out happened on July 7 and 8 and again visited the crime spot on Thursday on the pretext of purchasing a property from the deceased for which they had called the deceased and his friend, Singh said.

The vehicle which was used in the crime has been attached and referred to special examination. Police have also recovered some articles from the car like cartridges etc. Police said more persons are likely to be arrested as the investigation progresses.

The CM tweeted, "I congratulate Goa Police for their swift action in identifying and arresting both the assailants in the Bogmalo Shoot out case. I commend the professional approach of Goa Police in handling heinous cases". 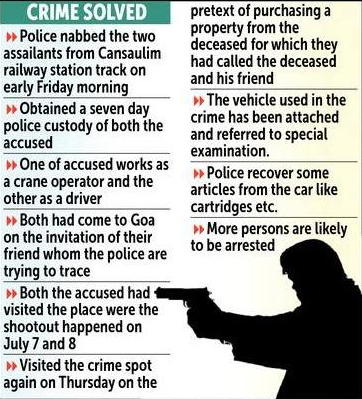