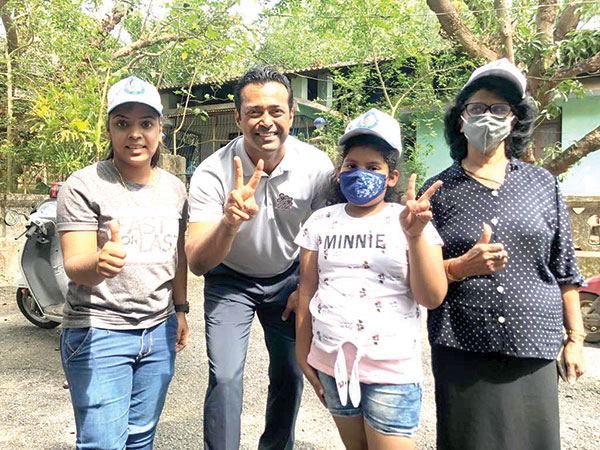 VELIM: Leander Paes hit the ground running by checking out key local issues in Velim. But perhaps the one on which he spent the most amount of time was fishing, a major priority of the TMC in the coming elections.

From reassuring the party promise of financial assistance in the dry season, of Rs. 4,000 per month to the people involved in fishing activities, Paes highlighted the issue of bull trawling which had led to the destruction of the fish catch by 85%, to raising the issue of lack of patrol boats to catch illegal fishing boats, the tennis legend had all the bases covered when he said outside boats were depleting fish in the Goan waters.

“We will hold their hand when they have no business to carry out," assured Paes.

Paes called for professional handholding for fishermen and government subsidies not only for buying equipment but also subsidies for maintenance.

One of the biggest drawbacks for fishermen has been the failure to patrol the waters, by Fisheries Dept and Coastal Police. Paes called for patrolling of Goan waters on a daily basis, whether by using boats or helicopters.

"There is an issue of fishing trawlers using LED lights for fishing purposes. It has been brought to our notice that the fishing industry in Goa has been reduced by 85 percent but no one is seen supporting the local fishing community," he stated.

He said that TMC will subsidize rates to buy equipment for the fishing and even subsidy will be given to repair those equipment.

"The problem is that there is no hand-holding of the local businesses such as fishing and continuing the livelihood of the fishing community", said Paes.

He said on a much larger scale there is no good patrolling of waters in Goa, whether it is by boat or by helicopter. There is no proper patrolling on a daily basis in order to check which boats are fishing in Goa waters and taking Goan fish.

"During the interaction, I had tried to find out the problems and issues of local fishermen, as it is our responsibility to protect individual people engaged in fishing activities so that they maintain their livelihood. There is so much work that can be done for the fishing community of Goa. The decrease of 85 percent fishing activities in Goa is a serious concern," he stated.

He also said that the pollution in the River Sal is another big issue which needs to be handled seriously. Waste discharged into the river is not just jamming the flow of water but it is affecting the ocean in a big way. “It affects fishing activities,” he observed.

All in all, it was a good first field day in the office for Leander Paes.