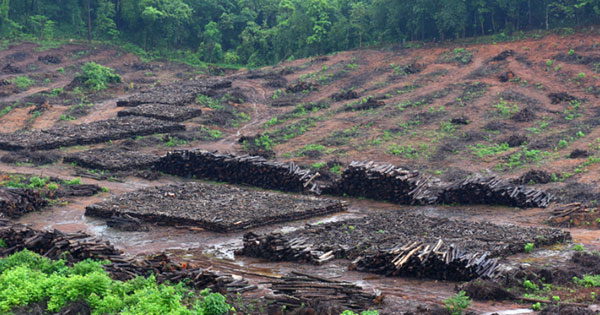 PANJIM: In a major setback to the State government and a victory to the environmentalists, the Supreme Court (SEC) appointed Central Empowered Committee (CEC), has issued recommendations against the three linear projects that cut through the Mollem National Park and Wildlife Sanctuary, to the Apex Court.

The three projects – the railway double-tracking, Tamnar power project and widening of the national highway – had evoked strong protests across the State and a huge number of environmentalists had complained about it.

The CEC has now called for the cancellation of the South Western Railway (SWR) doubling project; shifting of the Tanmar power line, wherein the present alignment will be cancelled and it will be taken to the existing 110 KV line; and that the national highway expansion project, which doesn’t have an Environment Clearance (EC), will now require an EC.

He added that their original complaint was against the approvals granted by the Standing Committee of the National Board for Wildlife (NBWL) chaired by Union Environment Minister Prakash Javadekar regarding these three infrastructure projects.

He pointed out that the CEC had recommended the cancellation of the entire segment of the SWR doubling from Tinai Ghat to Vasco, whose approval had been granted by the NBWL Standing Committee.

“CEC does not find any justification for undertaking a project of this nature which will destroy the fragile eco-system of the Western Ghats which is an internationally recognised biodiversity hot spot and also one of the most important wildlife corridors of the country,” read the CEC’s order which was submitted to the Registrar of the SC on April 23.

It also pointed out that the “increased number of trains and wider openings through the ecologically sensitive Western Ghats for laying the track will further fragment the habitat and will make the movement of wildlife, including arboreal animals across the railway line, much more difficult and dangerous and is bound to result in high casualties amongst the wildlife”.

Regarding the Tamnar project, CEC said, “The Court may consider issuing necessary directions to the Ministry of Power, Government of India, Goa State Electricity Department and Goa-Tamnar Transmission Project (GTTPL) to redraw and modify the alignment of additional 400 KV line corridor between Narendra (existing) – Sangod (new) in the State of Goa and Karnataka.”

Explaining the CEC’s recommendation, Alvares said the Tamnar 400 KV line alignment, which is going through a new portion of the Bhagwan Mahaveer Sanctuary in the North has been cancelled.

“The Tamnar authorities have been told to go back to the old 110 KV alignment, where there is already a right of way and where there will be no further damage to the forests. On that ground they have said that they agree with what has been suggested to them, that they should go to the 110-220 KV line and eventually their argument is once the 400 KV line comes in, in any case the 100 line and 220 line are going to be of no use. So rather than having three lines in the wildlife sanctuary, they said you will shelve the present alignment, and go back to the 110 KV alignment, so that the corridor and the wildlife sanctuary is not damaged, in another virgin area,” Alvares added.

Regarding the expansion of the national highway, the CEC suggested changes which they said have been approved by the State PWD and on that basis, it recommended to the Court that the 4-laning of NH-4A proposal may be permitted to be implemented with the modifications it has asked for.

“In the third instance of the national highway project, though the committee has taken a different view of that of the Goa Foundation and all the people who are filing critical reports on the environment impact assessment studies, the CEC has taken the point of view, that something should be done about the old road, which has been seeing increased traffic, as a result of which, there has been a lot of damage to wildlife. They say that instead of expanding it in the way it was originally proposed, what should be done is, that the elevated highway should be taken into much earlier that where the PWD plans to start it, so that they say the wildlife for the entire portion of the elevated highway, would have complete movement, across the area, without having to be worried about, trucks or vehicles or something moving along that road,” Alvares added.