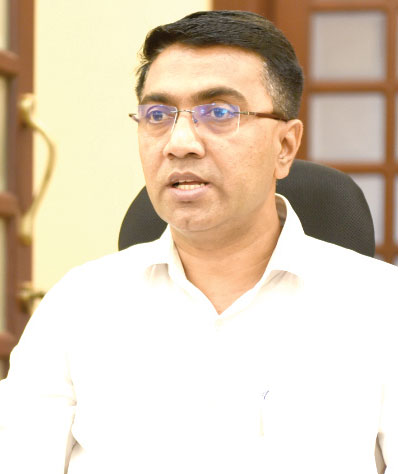 VASCO: Chief Minister Dr Pramod Sawant on Sunday said that gradually after getting an alternate cargo the government will not hesitate to stop coal completely at Mormugao Port Trust (MPT).

Addressing at two-day BJP karyakarta workshop at Chicalim, he pledged not to allow coal to increase in the State and assured that the existing coal will decrease by 50 per cent.

He said, “Tamnar project of 400 kv power line is essential. And if the project does not come up in the next two years there will be shortage of power and water supply and we will be forced to take frequent power shutdowns.”

Sawant said, “There will be workshops for the BJP karyakartas across Goa. Social media will be the biggest weapon to utilise wisely for the upcoming Assembly election 2022. Social media has the power and the capacity to convince people and create an opinion".

The Chief Minister said, "The Opposition has got scared and therefore it has already started creating election-related air. During the remaining tenure, the BJP government will undertake several development works in the State and under “Atmanirbhar Bharat Swayampoorna Goa”, the government has succeeded in reaching out to the grassroots level.”

He said BJP not only carries out infrastructural development but also works for human development.

“Some people have an election agenda to stop various developmental projects. We came up with Atal Setu, completed Canacona bypass, etc. BJP Karyakartas should target each individual and help in bringing about human development. I am sure if our karyakartas continue to help the people then in the 2022 election, BJP will once again win with an absolute majority in Goa,” he said.

On the resumption of mining, Sawant said he met Union Minister Amit Shah, Mines Minister Pralhad Joshi and had a fruitful discussion.