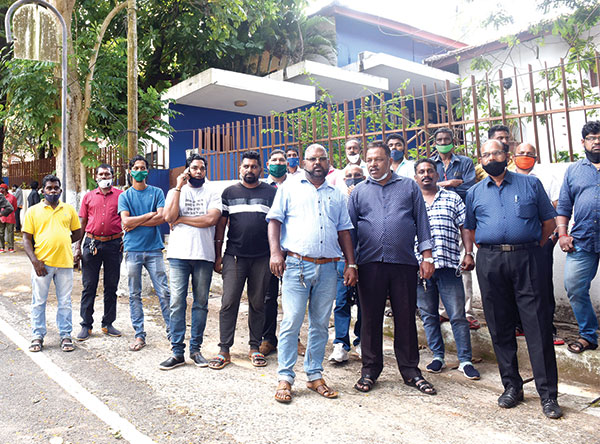 PANJIM: Amidst growing differences between tourist taxi operators and the app-based GoaMiles service, the State government has assured an amicable solution without hurting the local business or tourism.

The matter again knocked at the door of the Chief Minister on Monday, as adamant taxi operators demanded the scrapping of the GoaMiles mobile app service. “We have just started the discussion. An appropriate decision will be taken to in the interest of Goans, taxi operators and tourism,” Chief Minister Pramod Sawant said after meeting the delegation of taxi operators at his official residence.

Ironically, taxi drivers did not show any commitment over installation of the meters as they diverted the issue to scrapping of GoaMiles. “Our issues were patiently heard by the CM and others. We have put forth our demand on GoaMiles. They (government) have assured us of a fruitful outcome. Since it was a half-done meeting today, a second meeting will be scheduled shortly,” Laxman ‘Bappa’ Korgaonkar, one of the leaders of the taxi delegation, told media persons.

Despite repeated media questions, neither he nor other representatives gave any clear answer on the installation of taxi meters, claiming their primary issue is scrapping of GoaMiles. “We are waiting for the next round of meetings with the government,” said another taxi operator, while the representatives were unwilling to reply to questions other than on their demands.

Godinho, in reply to another media query, said that everyone will have to fix meters and the fare will be uniform.