Fund will be utilised for human and infrastructure development, honouring freedom fighters 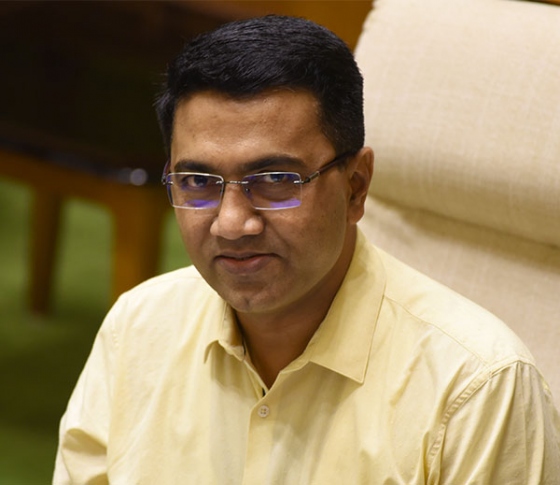 PANJIM: Hailing the Union Government for mentioning the 60th year of Goa’s Liberation in Budget 2021-22 with a Rs 300 crore budgetary allocations to commemorate it, Chief Minister Dr Pramod Sawant on Monday said that the fund will be utilised for human and infrastructure development along with honouring freedom fighters.

Addressing media persons on the Union Budget, Sawant said that the government is working on a proposal to help the marginalised sections, whose livelihood and economy was hit due to the COVID-19 pandemic, and who continue to suffer to some extent.

“It was a proud moment for Goa, as State’s 60th Liberation was considered in the opening remarks of the Union Budget. There was special mention for Goa. Union Government took cognizance of State Liberation, is a big achievement,” the Chief Minister said.

“We had sought Rs 100 crore financial support but I was expecting that we may get upto Rs 200 crore. Allocation of Rs 300 crore is a surprise and I am thankful to the Union government,” he added.

Sawant said that the amount will be spent throughout the year, on human and infrastructure development and so also to renovate historical monuments, related to Goa’s freedom struggle.

“It is not just the celebration but we are working towards development on all fronts. Human and infrastructure development is a need of the hour. There are several undeveloped sites or structures related to Goa’s history, which need facelift. Honouring freedom fighters is also part of the celebration,” he said.

“Even today, we see, marginalised sections, who are suffering as impact of COVID-19 pandemic. We will use the fund to help these poor, needy and common man. We are working out a proposal as how to help them,” he said.

The Chief Minister also said that the fund will help to boost the government’s initiative of becoming Swayampurna Goem.

Speaking further on the overall budget and its possible benefit to the State, Sawant said that with the State government proposing a Migrant Cell, the Centre’s One Nation One Card Free Food Grains supply will help migrants.

With focus on Blue economy, he said that the government will involve youth in fishery extension through 3,477 Sagar Mitras and 500 fish farmer producer organisations. “We hope to raise fishery export to Rs one lakh crore by 2024-25,” he said.

The Chief Minister also said that State will put up a proposal for Eklavya School in Goa- for tribal community. He said that the school will come up in Ponda.