Advises new recruits to discharge their duties honestly and sincerely 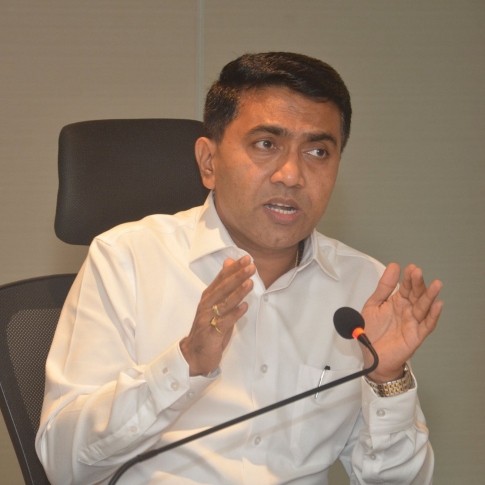 He was speaking at the Rojgar Melava (Job Fair) organised by the government with the theme ‘Naya Bharat, Naye Avsar, Nayi Samruddhi’ at the Durbar Hall of Raj Bhavan, Dona Paula.

Speaking further, Sawant appealed to people to file police complaint against those who are seeking bribes to give govt jobs. “Bring to our notice about those people, who are asking money to give government jobs,’ he said.

Reiterating the government’s seriousness to provide employment to youth, he said that around two lakh job opportunities will be created in the hospitality sector within next five years, and appealed to the youth to acquire adequate skills to grab opportunities.

Water Resources Minister Subhash Shirodkar too advised new recruits to adhere to the values of honesty and dedication, while serving in the administration. He said that no influence in the recruitment will be tolerated and warned to that any act of bribery if brought to the notice of the government would be dealt seriously.

Appointment letters were given to 1,250 aspiring youth on the occasion.

On the occasion, Prime Minister Narendra Modi addressed the Rojgar Melava in virtual mode. He said the Central government had provided crores of rupees as financial assistance to the Goa government to undertake various infrastructure developmental projects in the State. The Mopa international airport would be inaugurated soon, he added.

Urging the new appointees to work for the development of the State as well as for the country, Modi said, “The most important 25 years of your life are going to start now. You have the target of New India of 2047 along with the development of Goa.